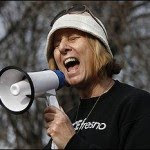 I was born a subject of the world’s most lethal Empire.

When did the U.S. become an Empire? Ask our indigenous people that question.

I was also born in a Myth-ocracy, where we are propagandized from Day One about how we live in the “Greatest Nation in History” and that our neighbors in Latin America are lucky to have the U.S. so close in proximity so we can “save” the people from their “dictators.” Also, here in The Empire, many people believe that the “commons” that exist in Latin America are not really for the people in that region, but for the U.S.—and we will be happy to “liberate” the resources and land from our poorer and less intelligent Latin brothers and sisters. These myths need to be dispelled—and very quickly.

If you asked me even five years ago what I thought I would be doing today, one of those things would not have been writing a weekly column for a newspaper in Venezuela!

Of course, after Casey was killed and after I started to school myself on the true nature of the U.S.—Venezuela and her outspoken leader started to enter my circle of concern.

Hugo Chavez, the president of Venezuela is universally known for his justified criticism of former (p)resident George W. Bush. However, now under the new U.S. regime, it appears to me that The Empire is trying hard to provoke Venezuela into a war.

Venezuela does have a large reserve of oil and the Venezuelan people have an “un-American” mis-perception that their oil belongs to them and not Exxon or the Rockefellers. The Obama regime has signed a new pact with Colombia to put bases (ostensibly to fight the drug war and left-wing opposition groups—yeah, right—The Empire is a drug lord) there and recently, drones and fighter jets have been spotted flying over Venezuelan air space. The Empire never outright rejected the coup in Honduras and, in fact, probably supported it.

In response to the deadly earthquake in Haiti, the Obama administration sent thousands of troops, ships and secured the airport—look on a map and check out how close Haiti is to Venezuela.

I have spent a considerable amount of time trying to educate my fellow USAians about the true nature of the Bolivaran Revolution in Venezuela and its implications for the Americas and the world. Don’t form an opinion before you learn the truth—and trust me—the U.S. “news” media DOES NOT give you a non-biased reporting of events on any issue, really.

Obviously, Venezuela’s continuing successes in empowering the poor are spreading to the rest of Central and South America. U.S. corporations and the crimes of the International Monetary Fund and the World Bank are being regularly rejected, populist leaders are being elected, and the grass-roots struggle is very inspiring to those of us trying to stimulate a popular uprising here in The Empire.

The U.S. must stop meddling in South American affairs and must stop treating that region like it is our pathetic neighbor and start treating it with respect and fairness.

Unfortunately, one day I was on the Sean Hannity show on Fox News and Sean told me that President Chavez was “anti-American.” I said, "but Sean, he is an American"—Hannity was non-plussed and looked like he may have a hemorrhagic event--But, Venezuela is populated with our American brothers and sisters and understanding each other is the key imperative to guarantee peace between our nations.

I hope my new column Postcards from The Empire will help build a pan-Americanism that recognizes and celebrates our differences and our similarities and will help foster tolerance and respect for each other.

Cindy Sheehan is the mother of Casey Sheehan who was killed in Iraq on 4 April 2004. She is the author of five books, the host of her radio show: Cindy Sheehan’s Soapbox and weekly columnist for Correo del Orinoco. Cindy is the Executive Director of Peace of the Action. Her favorite role is being the Gigi of Jonah and Jovie—and making the world a better place for all the children.