Cindy Sheehan to perform nude hirewire stunt in WashedUp, DeCeit to bring attention to Peace and Justice: For Immediate Release 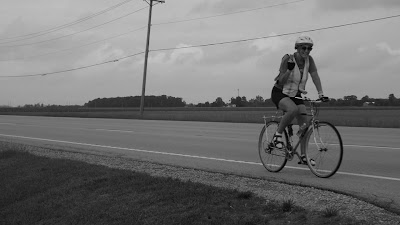 Beginning on April 4th from the grave of her son Casey in Vacaville, CA, in an action called, Tour de Peace, Peace Mom Cindy Sheehan has recently cycled 3500 miles to the fence of the White House.

Cindy Sheehan and Tour de Peace made numerous stops along the way and were able to reach out to thousands of people to inspire and be inspired by the message of peace and environmental sustainability. Even though Tour de Peace is just one long action in Sheehan’s nine year long commitment to peace and justice, the Tour got no coverage from the national press or media.

From in front of the White House today in support of her friend, political prisoner, Lynne Stewart, Sheehan had this to say about the news blackout: “I realize that this current president is mired in scandal and up to his elbows in blood and gore, but I have written seven books, run for federal office twice, produce a weekly podcast and am still on the front lines advocating for peace and justice. I find it interesting that these dedicated acts receive very little national attention (even from "left-wing" media like Democracy, Now) when the press corps literally followed me to the outhouse when I was camped out in Crawford, TX when I was protesting yet another president mired in scandals and dripping with blood and gore.”

To try to do anything to call attention to the Tour de Peace and the thousands of people in solidarity with its demands, Sheehan has announced that she will perform a tightrope ride on her bike while completely nude and noshing on a gluten free-vegan pizza: the high wire will stretch from the tip of the Washington Monument to the statue of Andrew Jackson in Lafayette Park across from the White House.

This Peace Stunt will take place on Junly 34th at Never O’clock.

To schedule an interview with Cindy Sheehan, Please contact The White Rabbit at: 1-800-555-5555 or BiteMe@youcowards.com