BLOOMS NOT BOMBS FROM WOMEN'S MARCH ON THE PENTAGON 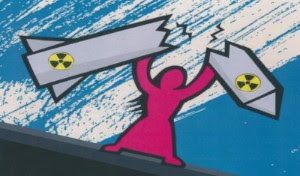 Mother's Day is tomorrow and we're celebrating with the WMOP Mother's Day Money Bloom!
A money bomb is a grassroots fundraising effort held for a brief period of time but, as you know, we're anti-bomb. So for obvious reasons we're not hosting a money bomb, we're hosting a money bloom instead. We need help feeding our roots so that we may bloom into the worldwide antiwar movement this planet needs right now. We're blooming and reaching our arms (or leaves) far and wide as we fight the bipartisan war machine. 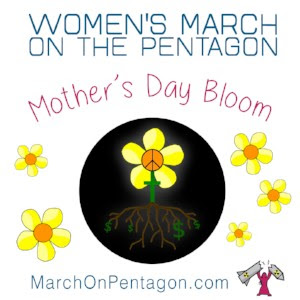 Bombing is bad. Blooming is good.


Our goal is to raise $10,000 this weekend. Not only will donors receive neat perks like bumper stickers, tote bags, and books during this campaign, a few members of our Steering Committee will get our logo tattooed on their bodies when we reach our goal!!!

In an effort to draw attention to our Money Bloom we're holding another social media storm and are inviting you to participate. Boosting our campaign is just as important as contributing to it.. so even if you've already given to WMOP or can't at this time, don't toss this email in the trash quite yet.

We hope that you'll join us in achieving this goal by participating in a Twitter storm scheduled for tomorrow - Sunday, May 13th.
Detailed instructions, including graphics and pre-populated tweets can be found in this Google Doc. 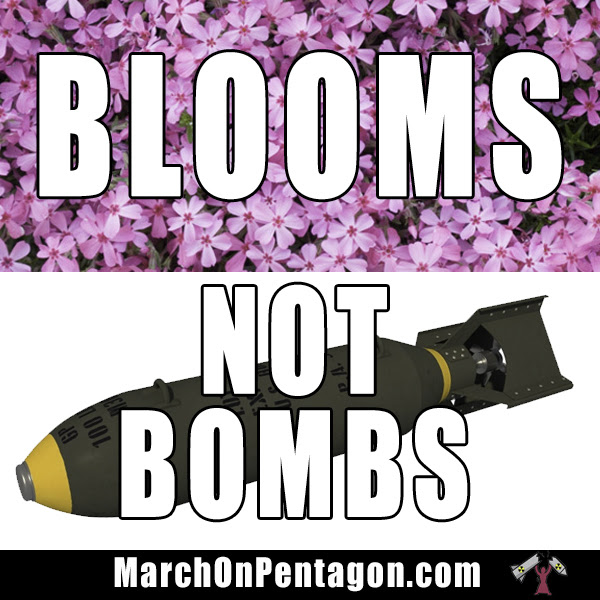 In solidarity,
Women's March on the Pentagon