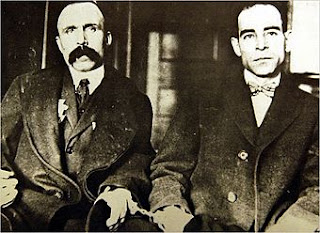 
I am being honored by the Community Church of Boston with their Sacco and Vanzetti Award for 2019!

An historic place of worship and a distinguished award!

I will be there on March 10th to accept the award!

This year’s Sacco/Vanzetti awardee. • Cindy Sheehan is a peace and social justice activist who garnered international attention after her son Casey died in the USA’s illegal and immoral war in Iraq in 2004. In August of 2005, Cindy set up a peace camp just yards from then president George Bush’s Crawford ranch to ask him, “for what noble cause” people were dying in Iraq and Afghanistan. She never got her answer, but thousands came to Crawford to join her and tens of thousands did solidarity actions all over the world. Cindy Sheehan was often credited with “reigniting” the antiwar movement that summer, but unlike many political partisans, she never stopped her activism when the democrats came to power. Sheehan is the author of seven books and has a pod cast that just celebrated its 11th year “On The Air and in the Streets: Cindy Sheehan’s Soapbox.”