The Goal of Modern Propaganda: Mythocracy by Cindy Sheehan 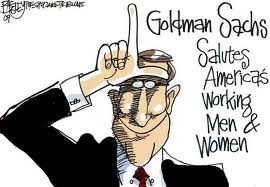 
“The goal of modern propaganda is no longer to transform opinion but to arouse an active and mythical belief.” Jacques Ellul

On Super Bowl Sunday, the reason that I wrote my new book: Myth America: 20 Greatest Myths of the Robber Class and the Case for Revolution, literally hit home.

Since it was the Holy Day of Obligation for our national religion of Football, I headed for my health club because I have always been a heretic. I arrived there a little before kick off, so the club was still occupied, but after kick-off it was deserted.

After my water workout and swim in the pool that I had all to myself, I headed to the hot tub which was occupied by another spa patron—an older gentleman named Bill whom seems to come to the club just to sit in the hot tub and chat. I get the feeling he is very lonely, and this following exchange may be why:

Bill: I think what you do disgraces your son, his memory and what he died for.

Cindy: Oh really? Since he was killed in an illegal and immoral war, I think this nation disgraced him.

Cindy: Are you serious? If you believe the official story, 16 Saudi Arabians attacked us.

Bill: But Saddam killed his own people.

Cindy: We have killed over one million of Saddam’s “own people,” (at this point Cindy does “air quotes?).

Bill: But we didn’t mean to.

Cindy: (deep sigh), So what team are you rooting for this afternoon?

At which point, Bill scrambled out of the hot tub and headed for the showers.

My “friend” Bill has been thoroughly propagandized from the right—there was no use sitting in the hot tub with the jets blasting and trying to reason with a man who thinks that over one million people can be killed “accidentally.”

I didn’t write Myth for people like Bill who wouldn’t recognize a fact if it flew out of his TV box and hit him on his bulbous nose. I wrote the book for our fellow citizens who have even a tiny inkling that what is our actual shared experience has very little to do with the Mythocracy that we live in.

I also wrote Myth America for people who knew that the wars of aggression were wrong when Bush was president, but magically transformed into born-again warniks when Obama took the oath of office—these newby warniks had begun to see through the propaganda over the last eight years, but allowed one of the more insidious myths to take over—the myth that there is a difference between an elected Democrat and an elected Republican. These are the same people who came to my talks after The Obama came to power to proclaim that the needs to stay in to “protect the women.”

During my campaign against House Speaker, Nancy Pelosi, in 2008, it became so clear to me that the only relevant division in this nation, indeed world, is a class division. I know I have been late to this game and analysis, but remember less than six years ago my entire world was my family and this suburban intellectually challenged sinkhole.

During my campaign, I experienced the myths that “Elections Matter” and that the has a “Free Press” as I struggled in a fierce campaign to even achieve ballot status as an independent and garner a few crumbs of media attention. Even the so-called “Liberal media” abandoned me and when I did get media attention—even from the papers that endorsed me—the punch line always was, “but she has no chance.”

I struggled with the working class to get labor to endorse me, but in each and every case, members of my own class endorsed the Queen of the Robber Class, Nancy Pelosi. has done nothing for labor, except to operate her vineyards in wine country without unions, support most “free” trade agreements and hire someone to iron her fabulously wealthy husbands’ shirts. So why did labor endorse Pelosi and not a hard working member of their own class with a labor platform that was hailed from all over this planet? Because she’s a Democrat, that’s why. Labor cares more about access to politicians than access to sane policies.

It was towards the end of my campaign when the infamous “bankster bailout” happened. After the bill failed in the House, Pelosi came out all haggard to whine about having to bailout the companies, but pushed the stuffing out of her caucus to ram it through the second time.

Democratic candidate and Senator from Illinois, Barack Obama, called members of the House to browbeat them to change their votes and my neighboring Congresswoman, Barbara Lee of Oakland, did a rare about-face and betrayed her principles and her poor constituents—that’s when I finally woke up to what Robber Warren Buffet said: “It’s class warfare all right, and its my class, the rich class that’s making war, and we are winning.” Well, in our Mythocracy, Buffet’s class is really the only class that knows we are at war. Most of the rest of us believe that we live in a “Democracy” where even the lowest of us can attain Robber Class status.

Well, in this Mythocracy, if there’s a Robber Class, then what’s the other class? The one that over 99 percent of us belong to? The Robbed Class—the class that must remain “Hope”notized by those myths and divided amongst ourselves so we don’t even realize that just about everything we hold dear is being stolen from us, right out from under our own noses with our apathetic acquiescence. It’s the age-old Robber Class strategy of "divide and conquer."

What is the revolution that I write of?

First it’s the very revolutionary idea of recognizing that we do live in a Mythocracy and the lower one is on the socio-economic ladder, the farther apart the reality and myth of this country are.

Secondly, the myths must be exposed and dispelled—my new PDF book is an addition to this conversation.

Thirdly, we must work together across racial, political, religious, gender, and sexual preference lines to build community and strength in our class to resist the larcenies of the Robber Class.

Finally, I foresee this top heavy Empire of cards toppling in the foreseeable future. My revolution will create the necessary umbrella to be able to deflect some of the more damaging rubble that will come crashing down.

That they need us far more than we need them and there are far more of us then there are of them.

This is a revolution that we can win.

Cindy Sheehan is the mother of Casey Sheehan who was killed in on 04 April 2004. She is the host of Cindy Sheehan’s Soapbox Radio Show and the author of seven books. Cindy’s favorite role is being Gigi to her four and a half grandchildren: Jonah, Jovie, Cohen, Jackson and a granddaughter due in early 2015.

More info and ordering info for Myth can be found at Cindy’s blog:
http://cindysheehanssoapbox.blogspot.com/2014/07/myth-america-20-greastest-myths-of.html
Posted by Cindy Sheehan's Soapbox at 10:15:00 PM