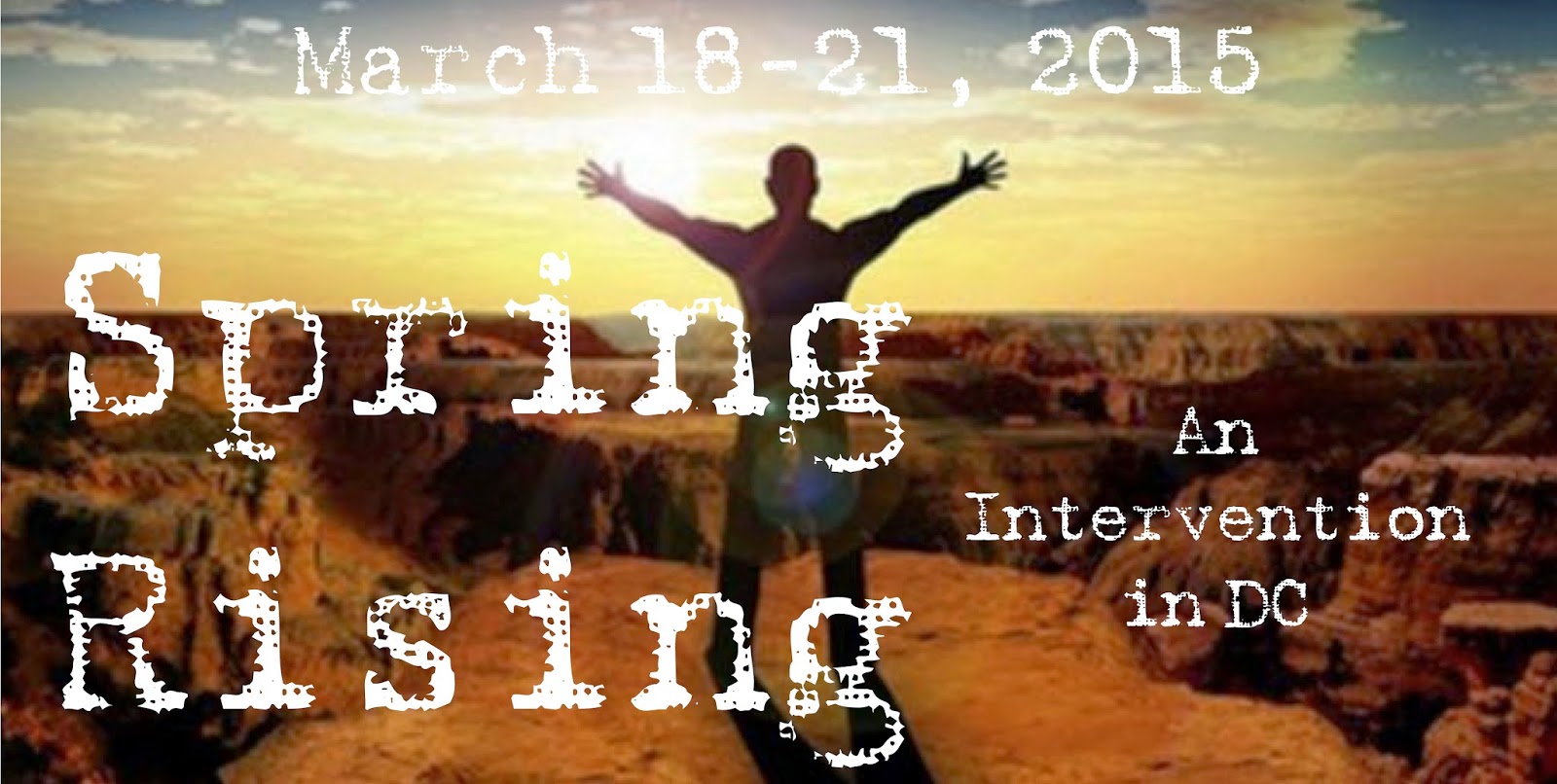 Casey vs. Kyle by Cindy Sheehan

"I only wish I had killed more."
Navy Seal and American Shame (Sniper), Chris Kyle

“I can’t kill anyone.”
US working-class soldier before his short deployment to Iraq, Casey Sheehan

This is something that I don’t want to revisit—I never want to relive the worst experience of my life. However, with the 11th anniversary of my son’s death in Iraq on 04/04/04 approaching and the new “blockbuster” infecting movie screens around the world, I really must get this off of my chest.
Most citizens of this nation are without a doubt addicted to wars and war “heroes” without stopping for more than a few cursory seconds to count the costs or evaluate the propaganda. I despair that a movie like American Sniper grossed over 105 million at the box office over the weekend where we are supposed to be commemorating the birth of a man of peace, Dr. Martin Luther King, Jr.
Everything in American Sniper is taken for fact when the author and focus Chris Kyle already had been proven to have been a blowhard and a liar, when the facts and political motivations of Selma are being questioned.
As is the US addicted to its wars, it is also addicted to lying about them and I know this because I have my own case about Casey for proof.
We got the news about Casey about 14 hours or so after his detail had been ambushed in Iraq. After I lie on the floor screaming for I don’t know how long, the three emissaries of death couldn’t really tell us much except that he was Killed In Action (KIA)—I still can’t see a KIA brand car without my heart sinking.
Since Casey’s murder, I have found out so much about the US military I had no idea about, but when a group of troops (Battalion? Unit? Army? Murder?) get deployed to combat, some stay back as “Funeral Duty.” Two such persons came to Casey’s funeral and regaled us with stories about what a wonderful mechanic he was and how he had “volunteered” to go on the mission that killed him. Even though neither story rang true to me, I absorbed them like a dry sponge (as I was from all the tears I shed) wanting to hang on to some news of my son because he had only been there in Iraq a few days before he was killed. We didn’t even know he was stationed at Camp War Eagle right in the heart of Sadr City, Baghdad.
Casey had joined the Army in the year 2000 for college benefits and with the promise from his lying recruiter that he could be a Chaplain’s Assistant. I knew from our many conversations that Casey hated being a Humvee mechanic, but that was the only MOS (military job) available when he got to boot camp.
Also, the very final time he was home (oh, how I wish I knew for sure it was the final time, I would have carried out my half-joking threat to run him with my car just enough to disable him) at Christmas of 2003, he told everyone he was just going to “do his job” and come home safely because, as a Christian and gentle man, he could “never kill anyone.” All of this didn’t jibe at all with Casey “volunteering.”
By drips and drabs, the truth came out. Much has been written with the Imperial spin about 04/04/04 in Sadr City—about how the First Cavalry (Casey’s unit, or whatever) was attacked by the residents of Sadr City, but from unembedded journalists we have found out that the 1st Cav went out to provoke a response to show the residents who was “in charge now." April 4th was also right after the mercenaries of Blackwater had provoked the residents of Fallujah into an uprising that resulted in the highly publicized deaths of several mercenaries.
Four years after Casey died, I received an email from one of his buddies who was right next to him on that fateful evening.
The vet started his email with, “Sheehan was a great guy, but he was a lousy mechanic.” Which made me smile, because it rang true, but then he delivered the coup de gras:
“I don’t know why you keep telling everyone it was Bush’s fault, it was Sgt. (Name withheld by me)’s fault. He made your son go on that mission and in fact told him to ‘get your goddamn ass on that truck’ after Sheehan had said, ‘no, I am not going, I am only a mechanic.’”
Even though I sobbed when I read that, I knew it was true. Casey knew he could never kill anyone and to me he is far more of a hero for not wanting to kill than is Chris Kyle for his self-proclaimed "more than 250" murders of what he called “savages.”
How much courage does it really take for a sniper to be given co-ordinates from a spotter and then firing from hundreds of yards away? To me that is the definition of cowardice even forgetting about the lies that got both Casey and Kyle to Iraq and the ones who made billions in profits while Casey died thousands of miles away from his loving home and a vet with PTSD would ironically end up murdering Kyle back here in the states.
I will always be proud of my son who is a grand hero to me for refusing orders in the heat of battle and ashamed by a cold-blooded killer like Kyle and a nation that lifts him up as the standard of heroism. I find it supremely ironic and sad that NOT being a killer is frowned upon here while being a happy killer makes one a best-selling author and garners all kinds of award nominations and ticket sales for those who wish to exploit this nation’s bloodlust.
This truly makes me wonder if there is any hope to end the evil of US empire, or are we doomed to “wash, rinse, and repeat” these stories of infamy and tragedy over and over again until the USA collapses from the weight of all the carnage. 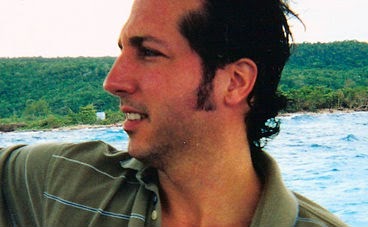 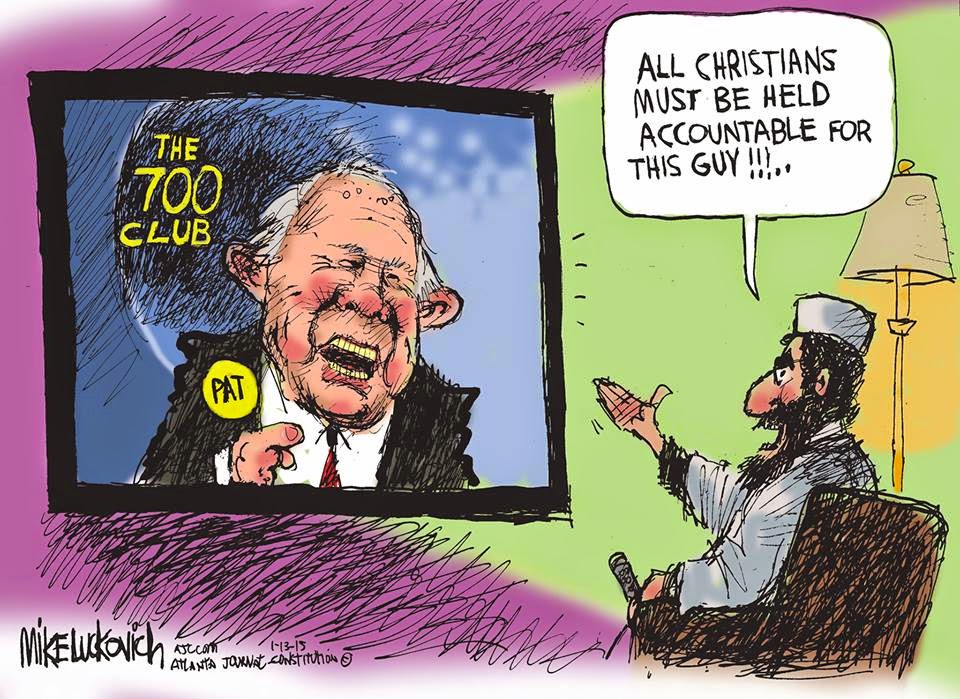 http://luckovich.blog.ajc.com/
Posted by Cindy Sheehan's Soapbox at 10:57:00 AM No comments:

Today, I briefly chatted with Justin Colella* of
Hustle for Humanity
about the organization's new project:
The 30 Second Waterboard Challenge

Stay tuned! This is a "teaser" for a longer interview with Justin
next week.

*Justin Colella is an American entrepreneur, philosopher, social activist, producer, and philanthropist.  He started his first company at the age of 19 and has been self-employed ever since.  He is currently President at Commission Enterprises, Inc. and other sales and marketing corporations that engage in guerrilla marketing for Fortune 50 and Fortune 500 clients.  Mr. Colella is also Founder and Chairman of the 501(c)(3) Non-Profit Human Rights Organization, Hustle For Humanity.  He is a Licensed Master Practitioner of Neuro-Linguistic Programming, a Doctorate level Clinical Hypnotherapist, and an elected member of the American Psychological Association (APA).  He currently resides in Southern California and is a competitive athlete in Boxing, Mixed Martial Arts and CrossFit.  Justin Colella is currently working on a documentary film project set to be released in 2015 that promises to challenge the existing global political, psychological, and economic paradigm.