Sheehan and other riders are available for interviews.

WHAT: Gold Star Mother and "peace mom" Cindy Sheehan will lead a Tour de Peace bike ride across the United States
from the grave of her son Casey in Vacaville, Calif., to Washington, D.C., following the mother road, historic Route 66 to Chicago, and other roads from there on to D.C.  Bicyclers will join in for all or part of the tour, which will include public events organized by local groups along the way.  Complete route: http://tourdepeace.org/the-route.html

WHEN: The tour will begin on April 4, 2013, nine years after Casey Sheehan was killed in Iraq, and 45 years after Dr. Martin Luther King, Jr., was killed in Memphis.  It will conclude on July 3, 2013, with a ride from Arlington National Cemetery to the White House.

WHY: This August will mark 8 years since Cindy Sheehan began a widely reported protest at then-President George W. Bush's "ranch" in Crawford, Texas, demanding to know what the "noble cause" was for which Bush claimed Americans were dying in Iraq.  Neither Bush nor President Obama has yet offered a justification for a global war now in its 12th year.  The Tour de Peace will carry with it these demands:

To end wars,
To end immunity for U.S. war crimes,
To end suppression of our civil rights,
To end the use of fossil fuels,
To end persecution of whistleblowers,
To end partisan apathy and inaction.

Watch the trailer: http://youtu.be/2uBctq4dzss
Posted by Cindy Sheehan's Soapbox at 9:02:00 AM 3 comments: 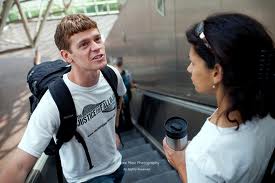 
Ross is a US Marine veteran of the 2nd Siege of Fallujah in November, 2005 and his partner, Dr. Dahlia Wasfi is a peace activist and they have both founded the organization:

The Justice for Fallujah Project

This week's Soapbox features a song from our
friend, David Rovics:

From James Corbett...
Part I

Between April 4 and July 3, the entire country (and the other 96% of humanity too) is invited to join in a bicycle ride from California to Washington, D.C. You can join as a bicycler or as a sponsor.

This won't be a ride to raise awareness about cruelty to animals, but it will raise awareness about war -- by many measures the greatest destroyer of the natural environment we have, as well as consisting first and foremost of the mass killing of that peculiar animal we're all rather fond of: the homo sapiens.

This paragraph is exclusively for supporters of President Obama. If that's not you, please skip to the following paragraph right now. With Republicans out of the White House and no election this year, there is no need to fund election campaigns or to work against particular wars. This is a moment in which our time and our resources are freed up to support long-term structure building so that the plague of war never returns. Remember all those promises to engage in policy-based activism once the most important election of our lives was over? This is the time to get in better physical shape before phone banking season. Pump up your tires and polish your handlebars! Stop reading and get riding right now.

With presidential war powers expanding rapidly and war gaining widespread acceptance among liberals there is an urgent need for an educational and organizing effort that pedals under, over, and around the barricades of the corporate media. U.S. forces are in more nations than ever before, the military budget is still rising and will still be rising even if the sequester "cuts" go through, the CIA has been handed war making powers, the president has claimed the power to spy without warrants, imprison without trial, and murder at will. Wars are launched on nations like Libya in defiance of Congress and the United Nations, with blowback spreading rapidly. Pentagon friendly dictatorships like Saudi Arabia and Bahrain are backed against their people's nonviolent movements for democracy, while violence is encouraged in Syria and Iran. Palestinians are left to their fate, while a new kind of war launched from flying robots slaughters men, women, and children, traumatizes populations, and generates refugee crises, engulfing nations in boiling hatred of the United States of America.

You know who just might wake some people up to what's staring them in the face?

Cindy Sheehan. Cindy has proposed the Tour de Peace. She's been lining up events and participants along the route. She's ready to ride, and to me she is an inspiration. Cindy's appeal, both before and after the corporate media made her a story in Crawford Texas seven-and-a-half years ago, was he uncensored honesty. She's still got it. I've seen a lot of people dump their heart and soul into the peace movement over the past decade and burn out and quit. I appreciate their efforts. We need sprinters, just as the Tour de Peace needs short-distance riders.

But when I see someone become even more aware of the evil that has swallowed up our government, and continually find new ways to confront it, I see a model others should follow. Cindy's gone at it as hard as anyone. She's taken nasty blows from the right and the so-called left. She's burned out and quit, too, but never for more than a day or so. She just keeps coming. Cindy has quit paying her taxes because of the wars they fund. She's been arrested for nonviolent resistance countless times. She's traveled endlessly, speaking and inspiring. She's written a stack of important books. She's hosted a radio show, blogged, and run for Congress and the Vice Presidency. And in this age in which pundits openly say they'd oppose the president's abuses if he were a Republican, Cindy goes ahead and opposed them anyway, with plenty of opposition left over for the Congress, the courts, the funders, the weapons makers, the lobbyists, and the White House Press Corpse.

Creating a mass of people in the streets for peace or justice usually requires money and staff, bus rentals and leg work, coalition building and compromising. Two moments stand out in my mind when none of that was needed. One was when Cindy went to Crawford. The other was when Occupy went to Wall Street. Both were moments of brilliant principled and courageous activism. Neither would have ever been heard of by most who heard of them if not for the corporate media. I've seen Cindy attempt to recreate Crawford countless times since (not to mention before), without the same success. She does so fully aware of the forces at work. She does so with every effort to create our own media and bypass the corporate censors. And she does so knowing that the only way to guarantee failure is to not try.

What if we were to create a movement capable of thinking of itself as real and national or international even outside of our television sets? One of the side effects would be its inevitable infiltration into our television sets. But the primary effect would be the beginning of hope and change as something more than perverse slogans of star-gazing servitude.

When the Tour de Peace leaves Casey Sheehan's grave in Vacaville, Calif., on the ninth anniversary of his death in Iraq and the 45th of Dr. King's in Memphis, it will follow the mother road, Route 66, to Chicago, and other highways and byways from there to D.C. The tour will conclude on July 3, 2013, with a ride from Arlington National Cemetery to the White House.

This August will mark 8 years since Sheehan began her widely reported protest at then-President George W. Bush's "ranch". She was demanding to know what the "noble cause" was for which Bush claimed Americans were dying in Iraq. Neither Bush nor Obama has yet offered a justification for a global war now in its 12th year. The Tour de Peace will carry with it these demands:

To end suppression of our civil rights,

To end the use of fossil fuels,

To end persecution of whistleblowers,

To end partisan apathy and inaction.

as well as the names of everyone who signs on in support.