The People's History of the Black Panther Party: (SOAPBOX PODCAST 6/29/14) 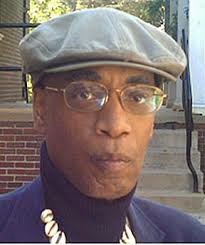 Cindy and Brother Larry talk about the people's history of the Black Panther Party.

Pinkney is a political activist and author who has been a member of the BPP since he was 17.

This show is not just about history, but how the Party's relevance lingers today and what lessons can movements learn from the principled struggles of the BPP.

VIDEO OF LARRY TALKING ABOUT THE BPP