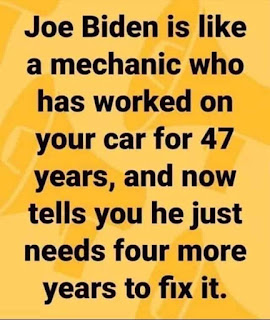 "The Activist of all Activists: Cindy Sheehan" Cindy interview on eTownHalls

Welcome to Ordinary Peoples Equality Assemblies #eTownHalls podcast and ongoing weekly meetings with your host Daniel Roy Wigler Baron Author, Activist and Egalitarian ("Equality for All") Revolution advocate with 20+ years of technology in Quality Assurance, Technical Writing, Business Analysis and Project Management.
Today we are #eTownHalls honored and privileged to be chatting with The Activist of All Activists Cindy Sheehan. Cindy Sheehan anti-war activist Author, Activist, Talk Show Host, 2005 Nobel Peace Prize nominee. Cindy is the Rosa parks of the anti war movement and we welcome our Peace Mom. Music used at the beginning and end of the video Most Epic Music Of All Time - African Skies (Stephen J. Anderson) https://www.youtube.com/watch?v=rq9yh... Cindy and I talk about her anti-war activism, eldercide and the urgent need to abolish capitalism, abolish stocks, abolish politicians so we can put in Ordinary Peoples Equality for All Meetings #eTownHalls in charge and put Small Business Cooperatives in charge.
Learn more about Cindy at her awesome Blog and Podcast: http://cindysheehanssoapbox.blogspot.... Sheehan was the 2012 vice-presidential nominee of the Peace and Freedom Party, and received 1.2% of the statewide vote in the 2014 California gubernatorial election. https://en.wikipedia.org/wiki/Cindy_S... This is the Justice for Covid19 Eldercide that Cindy is the founder of: https://justiceforcovid19eldercide.com/ A recent article about Justice for Covid19 Patients: https://socalrecord.com/stories/54298...
Join our weekly Ordinary Peoples Equality for all Meetings #eTownHalls Voices and Votes Implementing Rational Ethical Equality. Here is a link to our forum that you can join and sign up for our weekly email list. https://groups.google.com/u/1/g/ordin... We have ongoing weekly meetings and please feel free to join us. Contact Daniel Roy Baron to join: Phone: 323-496-7649 Email: etownhalls@protonmail.com Here are all my links: https://www.linktr.ee/DanielRoyBaron Politicians are obsolete, representatives are obsolete and government is obsolete. The current peoples assemblies, councils and town halls are a ll a scam because they have these corrupt politicians and nefarious representatives running them. We are a worldwide group calling for a Revolution and we will be forming soon to move away from corrupt government so we can get Community Defense Governance. Our goals are to spread this support, training and bring this into reality for our worldwide communities, countries and internationally. We are looking for people of all backgrounds around the world to join our Revolution.
We invite everyone across the world to join us and let us all collaborate to help leave the world and planet earth in a much better place for our children and grandchildren through real councils, town halls and peoples assemblies. Learn More about our Revolution: https://www.pdrboston.org/ https://www.facebook.com/groups/etown... The Storm Is Here Youtube Channel: https://www.youtube.com/channel/UCMJz... We thank you for joining us, sharing, subscribing, commenting and we welcome your voice and your vote. Contact Daniel Roy Baron with any collaborations, questions, comments or ideas. This is my social media links - Twitter, Facebook, Linkedin, Instagram: https://linktr.ee/DanielRoyBaron www.etownhalls.com

Posted by Cindy Sheehan's Soapbox at 8:24:00 AM No comments:

TOPIC: The sham and shame of U.S. "Democracy"

This week, after the firestorms and smoke blankets have somewhat alleviated in Northern California, Cindy is back with a bang, chatting with election choice activist Christina Tobin who founded

Please listen to this timely and important conversation and share with your friends, or frenemies. 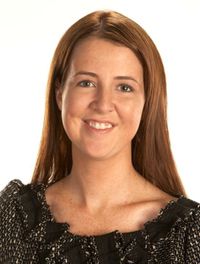 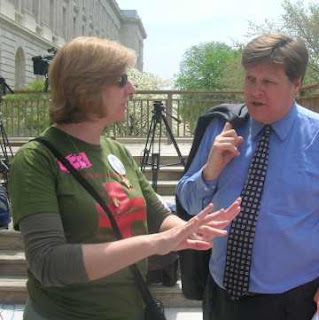 Cindy and Kevin Zeese at a Protest in DC
Our friend Kevin Zeese suddenly passed away from a heart attack at aged 64 on September 6, 2020.
Kevin was a very kind person, father, partner of activist Margaret Flowers, and generous activist himself who was always very open with his time, resources, and energy to many movements: from antiwar, to national healthcare, to Venezuela solidarity, and Green Party politics (and much more). I first met Kevin in May of 2005, about a year after my son Casey was killed in Iraq. We worked with other activists in exposing the 2002 Downing Street Minutes which showed that the US's invasion of Iraq was definitely based on lies.
We send our love and condolences to Kevin's family and his partner Margaret Flowers.
ARCHIVES OF KEVIN'S APPEARANCES ON THE SOAPBOX
MAY 24, 2009
DECEMBER 6, 2009
July 6, 2015
May 7, 2019
*******************************

SalonGate: Nancy Pelosi Further Reveals her Corruption in the Age of Covid19 by Cindy Sheehan