I Have Become Uncomfortably Numb by Cindy Sheehan 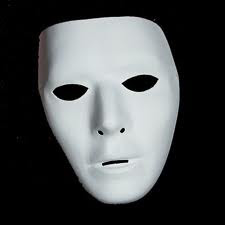 Since the U.S. Corporate Military Industrial Complex forced me into the World of the Aware after my son’s murder in Iraq, I feel that the news freshly assaults me on a daily basis.

I am numb, I think, from being abused by this Empire on a regular basis for years.

I am numb, I think, because it wears on one to care so deeply when so many citizens of my national community (reader excepted) barely even know we are at war, let alone that we live in a murderous Empire.

On Friday, July 23rd when we were awaiting the birth of my new grandson in California, 52 Afghan civilians were slaughtered by US/NATO (same thing) forces.

I am numb, I think, because 52 people who have the exactly equal (if not greater) existential imperative as my grandchildren and your grandchildren; my children and your children; and you and I--who live in a war zone imposed on them by the Empire—based on lies and solely for profit—were alive and now they are dead.

I am numb because their deaths don’t make me feel safer—they make me feel like my existence is iffy and my numbness is a defense mechanism against what is only a news report to me—but life and death to millions of people who are in daily danger because The Empire that I live in sucks and most people who live here just don’t care. They are already numb--but not from an overload of bad news, but from the constant SOMA of the TV, or consumerism, or by simply trying to survive in this "big dog eat little dog" Empire.

I am numb, I think, because Wikileaks released over 91,000 leaked documents dealing with the day-to-day operations in Afghanistan that detail obvious and hidden war crimes. Just like with the Collateral Damage video previously released—did anyone who has been paying attention learn something new and did anyone who isn’t paying attention all of a sudden grow compassion skills? I doubt it--so I am numb, I think.

I am numb, I think, because many people elected a “Change” regime that has turned out to be a “Status Quo” regime and many of the people who voted for the Changer-in-Chief have become born again Cheerleaders for War. The anti-Decider-in-Chief movement has all but fizzled out to nothing. That the “Changer” is no different or better than the “Decider” is not what has numbed me--it’s the unreasonable support for the Changer that would cause me to stomp my feet in disgust, if it weren’t for the numbness.

Deep down inside of me, there is the Cindy who is raging against the Democratic Congress’s passage of the recent war-funding bill, but so I don’t explode, I am outwardly calm. Pissed off Cindy has to be in here, or I wouldn't be writing this piece--but the rhetoric that I have written hundreds of times is now having the feeling of "been there, done that." Well, I am numb, I think, because I have visited this topic continually and words are just not cutting it. How many words are there for: murder, death, destruction, slaughter, starvation, predatory Capitalism, war profiteering, war, illegal, immoral, war crimes, callous, greedy, rape, pillage, plunder, blah, blah, blah!

We live in an Empire that on a daily basis murders dozens of people without blinking even before I drink my first cup of coffee and which always ignores the basic needs of its own citizens. But its citizens are quietly complacent and materially complicit in these crimes. Slaves of, and to, The Empire.

The numbness in me is reinforced when I hear that the US is increasing hostilities against Venezuela, North Korea and Iran. When will supporters of The Changer wake up?

Soon, I hope (at the risk of using The Changer's word) because this feeling of numbness is not healthy and just as twisted as the actual and hypocritical support for The Empire, depending on who inhabits the Oval Office.

I am numb, I think, but the Cindy who burns for justice and peace is still inside of me and I am sure she will be back out at some point.