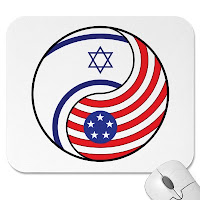 I happened to be watching CSPAN today and was “treated” to a rebroadcast (From 12/2) speech by Leon Panetta, who recently was the head of the CIA, but now is Secretary of Defense for the USA (that info is important for this article).
The obsequious, Leon, was speaking at the Saban Conference (organized by a very modest Haim SABAN of Power Ranger fame and of the SABAN Center for Middle East Policy at the allegedly “liberal” stink tank, Brookings Institute). The conference was entitled: Strategic Challenges in a New Middle East. In Haim’s intro of Leon, he states (verbatim) that one of the challenges of Israel, in this “New Middle East,” is how to “sustain the occupation,” of Palestine.
Leon isn't the first politician in the U.S. to pledge his/her undying love and fervent loyalty to Israel, in fact, I think it's a Congressional right of passage, but clearly, recent uprisings in the Middle East have shaken the Zionist state of Israel and its shills to the core. Leon is just one of those shills—a Catholic who admits in his keynote address that, as U.S. Secretary of Defense, one of his “key priorities” is “strengthening the bond between the U.S. and Israel", and “of course,” he takes his commitment to the safety of Israel very seriously and he meets with his Israeli counterparts frequently in their “shared efforts to strengthen Israeli security.” Maybe I am naïve, but isn’t the job of the SecDef of the U.S. to ensure the safety of the U.S? It’s been obvious for quite some time that the “special relationship” that the U.S. and Israel share has harmed the U.S. I don’t see any benefit that the U.S. receives from that special relationship.
In fact, Israel receives the most foreign aid from the U.S. than any other country and Leon assured the conference attendees that even though the U.S. has some severe economic troubles here at home, extra money and military hardware will keep flowing to Israel. Leon did receive a question from the audience about the possibility of foreign aid being reduced to Israel, and I swear, he was almost on the verge of tears over the remote likelihood that the U.S. government would actually do something for peace and that makes a little sense.
Israel’s oppressive and violent “occupation” (SABAN’S word) of Palestine with the support, encouragement, and protection of the U.S. (especially in the UN) pours gasoline on the flames of hatred towards this country. In his speech, Leon Panetta reiterated that one of the reasons for the U.S.’s oppressive and violent occupation of Iraq was for Israel’s safety in the region. Of course, U.S. regional violence combined with Israeli regional violence is a dangerous cocktail of provocation that only decreases regional stability--but I have a feeling Leon and his Israeli counterparts have never been interested in stability. Their actions speak so loud, the hollow words get drowned out.
During the Q and A period, many of the questions revolved around the Iran “issue.” Leon called Iran a “pariah state.” Seriously, I guess it takes one member of a “pariah state” to recognize another.
Look, I don’t know if Iran is a “pariah state” or not—I receive a lot of conflicting information. I know that I am uncomfortable with religious fundamentalism whether it be Jewish, Christian, or Muslim. I do know that I am certain that I oppose nuclear power and, most of all, nuclear weapons and will vigorously protest the usage of that technology; however, Iran is a sovereign state that is unfortunately situated not too far away from a state with hundreds of known nuclear weapons: Israel. And how many nukes and nuclear power plants does the country Leon lives in have? Hmm?
With many of Israel's neighbors in internal/external turmoil, the Lebanon-ization of the Middle East is nearly complete. Also, many of the leaders who were critical of the regional hegemon, Israel; or the international, hegemon, the U.S.A., have been either killed or run-off. It’s called “divide and conquer” and occupiers have been skilled at using this strategy for millennia.
Iran has not been the aggressor in any wars for centuries, but the “pariah states” of the U.S. and Israel have. With Russia joining the saber rattling, it would seriously behoove the rest of us as members of humanity to look beyond our noses at the cauldron of instability and bloody wars that the Pariah States are stirring up.
In the meantime, I am going to register a complaint with my cable provider at the soft-core porn love affair I was subjected to between Leon Panetta and Israel that it rebroadcast today. Disgusting!
Posted by Cindy Sheehan's Soapbox at 10:27:00 PM