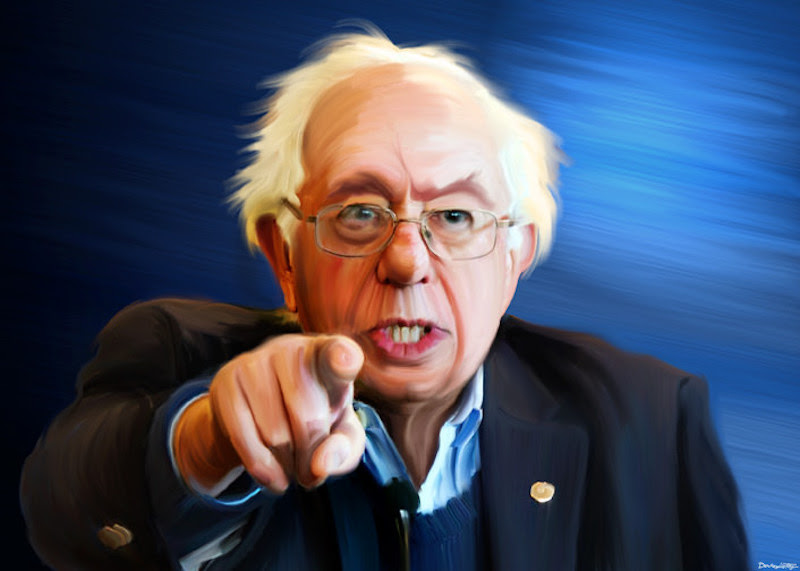 I still have my “Ralph Nader for President: Green Party” t-shirt from 1996 and I very much recall the frustration of listening to delusional Lefties tell me about all the excellent stuff Bill Clinton was gonna do once re-elected.

In 2000, of course, Nader became a pariah to the intentionally obtuse liberal crowd which directly led to 2004’s pathetic “Anybody-but-Bush” capitulation to war criminal John Kerry. Little by little, I found myself losing allies and comrades (cough, Z Net, cough) because I remained steadfast in my critique of the two-party deception and dared to call out legends like Zinn and Chomsky for wavering.

Along came Obama’s marketing team in 2008 and wow, I really felt like a proverbial voice in the proverbial wilderness. Upon his election, I wrote: “What just happened is an excellent illustration of how this system handles dissent: A black face, a soothing voice, and a vague message of change -- all designed to keep rabble pacified without changing anything at all.”

(I penned countless articles in 2008 and early 2009, virtually predicting all aspects of his inevitable criminality, but not even I was bold enough to imagine a Nobel Peace Prize award.)

The ascension of Obama was the culmination of decades of social conditioning and as far I knew, I was finally done hoping for change. I wrote and gave talks on the decline of activism and radicalism in the ensuing years -- right up to Sept. 17, 2011.

When Occupy Wall Street commenced, I suddenly encountered hundreds of folks (allegedly) decrying the vacancy of electoral politics and (allegedly) swearing off both major parties. You know, “revolution” and all that.

By summer 2012, I was actively engaged with Occupy Town Square, Strike Debt, Summer Disobedience School, Occupy the Pipeline, and so much more. But with yet another presidential election looming, I began to hear a familiar refrain from within the OWS ranks: “I’m no Obama fan but we have to be strategic. We can’t let a Republican win. At least he’s better than Romney.”

Being that my interactions with fellow occupiers had been almost universally smooth to that point, I engaged. I debated. I marshaled evidence and doled it out far and wide. To my consternation, friendships became strained, connections weakened, and the same old denial vibe was back in full effect.

Fast forward to 2015-6 (click here for my assessment of the post-OWS years) and the timeworn liberal script has been dusted off. This time, an old white establishment dude claiming to seek revolution has occupiers ready to #MarchForBernie on Jan. 23, 2016. The event page copy might be excusable if it were written by a junior high student (it reads like it may have been). But these folks have zero excuse for lining up behind the vapid words from their hero: “I beg of you, do not enter that world of despair. We can win this fight, if we stand together.”

And where will this epic march kick off? Zuccotti Park, of course. One can’t help but conjure up images of the zombies in Dawn of the Dead, aimlessly walking around the shopping mall out of sheer reflexive habit -- but don’t tell that to those feeling the Bern. For them, “Occupy Wall Street lit a fire under the progressive movement that has continued to burn today.”

Whoever’s responsible for the final section of the FB page has a bright future writing for The Onion: “Alone, we can only do so much to fight for justice and inequality. But, If we stand together and spark a fire, we will discover that we are more powerful than we ever imagined. We are the people we've been waiting for.”

The event page ends with this apparently un-ironic warning: “Please remember this is a peaceful assembly, and our actions reflect Bernie and his campaign.”

If you really want your actions to truly reflect Bernie, then I suggest you bring yer drones!

Every four years, the Democratic Party appeases segments of the Left by sending out a “people’s” candidate to soothe and co-opt their activist angst. From Jesse Jackson to Jerry Brown to Al Sharpton to Howard Dean to Dennis Kucinich to many, many more; unbiased observers already know how this game ends -- and the house never loses.

Does Bernie Sanders believe in the platform on which he’s campaigning? If he truly does, we must ask: why is he running as a Democrat? If he wanted anything even approaching a “revolution,” Bernie wouldn’t be diverting the meager energies of the meager Left right back into the system he claims to be railing against. Remember, when (not if) he drops out of the race, he’s promised to endorse whatever candidate is put forth by the Democratic Party.

That same Democratic Party is but one component of a vast criminal enterprise, an enterprise responsible for threatening all life on Earth. An enterprise commonly referred to as “our way of life.”
Our way of life means 93 percent of the large fish in the ocean are gone. It means 78 percent of the old growth forests are gone. It means the breast milk of every mother on Earth contains dioxins. It means every square mile of ocean contains 46,000 pieces of floating plastic. It means each day, 13 million tons of toxic chemicals are released across the globe; 200,000 acres of rain forest are destroyed; 150 to 200 plant and animal species go extinct. It means (in the United States), there is a reported rape every 6.2 minutes (key word: reported); one in five women will be raped in her lifetime; and 99.8 percent of those convicted for rape are men. It means the U.S. Department of so-called Defense is not only a global criminal enterprise, it’s the largest polluter in the world -- producing more hazardous waste than the five largest U.S. chemical companies combined.

I could, unfortunately, go on and on and on… but let’s sum it up for the Bernie’s occupiers: “Our way of life” means unrelenting white supremacy, male supremacy, and class supremacy. Which means ecocide. Which means you can’t vote any of this away.

When the most recent “good cop” -- the Pope of Hope himself -- was first inaugurated in 2009, he openly announced to the world: “We will not apologize for our way of life, nor will we waver in its defense.”

Reminder: Our way of life has us at the brink of social, economic, and environmental collapse.

If you plan to vote for yet another lesser (sic) evil in 2016, go ahead. Kid yourself. Feel superior. Engage in three-hour social media flame wars to defend your choice. Hold your nose and pull the damn lever. Whatever…

Reminder: Vote or no vote, all that matters is what you’re doing the other 364.99 days.
Are you making the big connections and naming the problem? How are you working to challenge deeply entrenched privilege and hierarchy to create new coalitions? Are you willing to do the work it’ll take to end male supremacy, white supremacy, and class supremacy? What are you doing -- each and every day -- to help bring down this global system of oppression and exploitation before there’s nothing left? How much time do you believe we have?

Reminder: If you think Bernie Sanders is the answer, you’re occupying the wrong questions.

"#OccupyBernieSanders" by Mickey Z. is licensed under a Creative Commons Attribution-ShareAlike 4.0 International License.
Based on a work at http://worldnewstrust.com/occupyberniesanders-mickey-z.