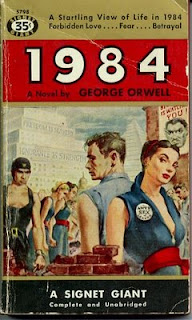 "The goal of modern propaganda is no longer to transform opinion but to arouse an active and mythical belief."
Jacques Ellul, philosopher
One day in July of 2006, I was on Hardball and the host was Norah O’Donnell who was filling in for Chris Matthews. I was her first guest that day and when she was introducing the show before the first break, she intro’d me as: THE WOMAN WHO MET WITH COMMUNIST DICTATOR, HUGO CHAVEZ. We then went to break and I told Norah: “You know Chavez is not a communist, he’s a socialist and he has been democratically elected several times, survived a CIA coup attempt and the last election was certified by Jimmy Carter.” She replied: “Yeah, we talked about that earlier, but we decided to call him a ‘communist dictator,’ anyway.”

I was appalled, but not shocked. I was born during the day, but not yesterday and I realized a long time ago that the caca that passes for “news” is just that: caca.

Norah O’Donnell readily and unashamedly admitted to me that she deliberately, intentionally and will full knowledge aforethought spreads propaganda that she knows is not true! She conspired with others on her production team to broadcast lies. How often does this happen? Most of the time? “News” shows are not only lying but are fully aware that they are propagandizing you. This happened on MSNBC, not Fox.

We know that the “news” shows employed Pentagon shills to sell us Iraq and Afghanistan. We also know that the White House Iraq Group that included people who are still commentators on cable “news” developed the product of the invasion like they were selling us some NEW and IMPROVED laundry detergent, douche or toothpaste. Among the members of the White House Iraq Marketing Group was an actual marketing group: The Rendon Group. The WHIG came up with the “smoking gun/mushroom cloud” rhetoric and members of the group should be on the shortlist for war crimes trials.

We know that the CIA has been committing hanky-panky in Iran for over 50 years now and that our government has pumped 400 million dollars into the country to destabilize the ayatollahs and the government and that BushCo were absolutely JONESING for a war with Iran, but it and its policies had been so thoroughly discredited that the invasion of Iran would have been unacceptable to USians. So what better time to foment “revolution” and instability in Iran then when we have a NEW and IMPROVED emperor of the US Imperium? I am not saying that there are not wonderful people in Iran who are actually doing this for good intentions, but what is false and what is real?

When I see the riots on the streets of Tehran (in the mainstream “news” why is it said that those people are “bravely standing up for their rights”, but when people “bravely stand up for their rights” in Oakland, they’re called “thugs”) I am reminded of the staged media event of the pulling down of Saddam’s statue early on in the sanitized and mass-marketed invasion of Iraq.

I have read commentaries on both sides from people that I respect and I still don’t know what to believe or whom to support in this, but I do know that I do not trust the politicians in this country or that country. I am not bold enough to make a definitive statement on the issue and when I was in Princeton, NJ, an Iranian man came up to me after my talk and said that I was smart for taking this position, because his relatives in Iran don’t even know what’s going on.

My response to the events in Iran is to turn off the Norahs of the airwaves and do my own research.

Let’s think for ourselves before we rush off to support or condemn the “Green Revolution.”