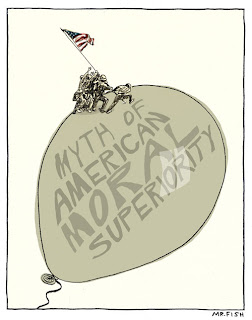 Once upon a time, a small bird named Tasoo lived in a vast jungle.
One hot summer day, a terrible wildfire erupted and the flames devoured many trees and animals living in the jungle. Other birds flew high into the sky and far away to safety, but Tasoo couldn't bear to leave her precious jungle home to burn.
Day and night, she flew with all her might back and forth to the river, filling her tiny beak with water to drop on the raging fires.
Tasoo's rare heart of courage and unshakable determination moved the heavenly gods to shed tears, and a great rain poured down upon the jungle, extinguishing the flames. And so it is that even the smallest actions of a determined spirit can change the world.
Back in February, I was feeling extremely low. I was trying to recover mentally, financially and physically from a very strenuous, humiliating and stressful campaign against House Speaker, Nancy Pelosi. I ran a very good race that was ignored by virtually everyone and and I was trying to figure out where the anti-war movement was going to find relevance in a Post-Bush, current Obama worshiping nation.

I was lying in bed one morning about 3am struggling with the issue that the wars were still raging, but there was very little movement in the “movement." I came up with the theory that the only reason we allow ourselves to be co-opted or lulled to a false sense of security by the US Empire is because the country we actually live in has very little resemblance to the one that actually exists in the paradigm of the Myth of America. So I came up with the title of an article: “Myth America.”

"Great title", I thought, so I got up and started to write it, but soon realized it was far more detailed than a mere article.

Soon after that night, I published an eBooklet entitled: Myth America: 10 Greatest Myths of the Robber Class and the Case for Revolution and took my ideas of a class war waged from the Robber Class on the Robbed Class out on the road.

I began my tour in chilly New Mexico on April 18th and since then I have traveled to over three dozen cities and just finished my tour in Bellingham, Washington (record heat!) last night. I was honored to meet four more grieving Gold Star Parents in Bellingham. There’s so much pain caused by Mythic America and I have absorbed a fair amount of it myself.

Since I have no staff, “handlers” or entourage, I have been coordinating the tour from my laptop computer with the help of “determined spirits” in each community. Besides speaking to thousands of people along the way, I have wonderful memories (which include, but are not limited to) of floating in the 87-degree ocean in St. Petersburg watching Para-sailing; or watching dolphins in the sea on Virginia Beach with my dear friend and fellow grieving parent, Michael Berg.

I reconnected with people I haven’t seen for years and met so many new friends. I spent my 52nd birthday having a daylong celebration in Cleveland, Ohio The day AFTER my birthday, I celebrated with old Camp Casey friends in a dorm room in Pittsburgh where we had all gathered at the National Assembly Against the Wars. I was gone for 28 straight days in June and missed my grandson, Jonah, like crazy!

I have been compared to the “determined spirit” of Tasoo a few times since I have been out trying to stir up some righteous indignation and re-ignite some kind of burning desire for peace and justice and the message is being more well received every day as many people are already feeling betrayed by Obama, when no one should have ever allowed themselves to be fooled by the system, once again, in the first place!

Obama’s approval ratings are speedily and rightfully tanking and while he takes a 50,000.00/week vacation on Martha's Vineyard, I (like most Americans) will be on a “staycation” updating my book: adding chapters and expanding the ones I have already written.

My new book will be available the first week of September and will be called: Myth America II: The 20 Greatest Myths of the Robber Class and the Case for Revolution. I will be starting right back on tour, beginning September 7th in Kentucky and am looking forward to adding more dates and more communities, with your help.

I have been so grateful to travel this beautiful nation these past months and learning what communities are already doing to remove themselves from Robber Class systems and I realized early on that I only scratched the surface of the Myths and the “Revolution” must not only include ways to divorce ourselves from the Robbers but by necessity, must also include strategies for mass and militant (yet, non-violent) resistance.

I am going home today to rest, exercise, write, read and play with Jonah for the entire month of August.

Thank you for your support, your love and your determined spirits that uplift mine everyday!

Note: If you ordered a copy of Myth America, and have not received it, please email me. A couple of order sheets were lost, some emails were illegible and some people just fell through the cracks.