Lost Causes are the Only Causes Worth Fighting For 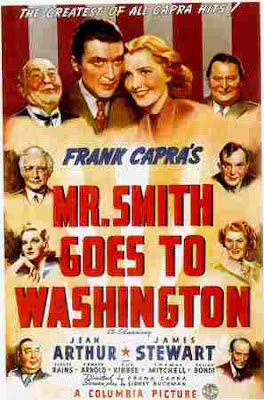 Peace of the Action

“You must not kill your neighbor, whom perhaps you genuinely hate, but by a little propaganda this hate can be transferred to some foreign nation, against whom all your murderous impulses become patriotic heroism”

In the movie, Mr. Smith Goes to Washington, at the end of a filibuster, idealistic freshman U.S. Senator, Jeff Smith (played by Jimmy Stewart) gives an inspiring speech where he says, “Lost causes are the only causes worth fighting for.” Before he collapses on the Senate Floor, he croaks out, “you fight for the lost causes even harder than the others—you even die for them.”

“Love thy neighbor,” is the reason that Senator Smith (everyman) gives for fighting for “lost causes” the hardest. Whether one believes in this Christian command or not, it is the best reason to fight for lost causes.

Here in the U.S., we rarely even know our next-door neighbor, let alone our planetary neighbors that live across the globe from us. And we rarely even care what happens to our neighbors. Fight for them? Sacrifice anything for them? Die for the lost cause?

We have no leaders in this country that…well we just don’t have any leaders in this country. No one in the establishment is telling us that this nation kills more people and uses more resources than any other, and to be responsible humans, we must sacrifice! No “leader” that wants to keep sucking off the public-corporate tit, that is.

Yet, we are too comfortable here in the U.S.—the worst off of us are usually doing far better than most people in the nations we are destroying with our Military-Corporate Empire. Any idea that any of us may have had about “sacrifice” flew out the window after 9-11 when we were told to “go shopping and travel,” because Consumerism is our holy state religion and the Mall is our Mecca. Everything is “okay” if we are surrounded by material comforts, even if those comforts are purchased with debt and are making the banksters richer.

Anyway, even as we were waking up during the nightmare years of the Bush administration, many of us were lulled back into false-worship of the Empire because the new Emperor in Chief is seemingly more articulate and intelligent and we have been profoundly conditioned to believe mass marketing campaigns. “Hope and Change” were sold to us like “Minty Fresh,” or “New and Improved,” even though the product is the exact same thing in a redesigned package.

So, after a year of the new regime, nothing, I repeat, nothing, has changed for the better in this nation. Even as the economy collapses, the wars continue and people are being killed the same as before. The death toll in Afghanistan was greater in 2009 than any other year when Bush was president. The only difference is that when Bush was president, we had an anti-war movement.

Like in the summer of 2005, when the anti-war movement was re-ignited during our protests at Camp Casey in Crawford Texas—we need an infusion of real hope that can bring relevant change. We must quit looking to politicians for hope. Hope can only come from each other and ourselves. Hope and positive change are not what the U.S. Military Industrial Complex is in business for—and a business cannot deliver a product that it doesn’t make.

I am once again uprooting my own life to move to the heart of this Empire to start a Peace Camp on the lawn of the Washington Monument called: Camp OUT NOW. From this Camp, Peace of the Action will launch daily acts of civil resistance in different areas of DC until our simple demands are acknowledged and we see positive movement in a Peace direction.

We are “all in it, to win it” this time. One of the failures of the anti-war movement, besides misplacing energy to elect Democrats, is that our actions have been mostly symbolic. Symbolic actions are mostly useless in the face of real and immensely destructive problems.

Is Camp OUT NOW a “lost cause” If it is, then it is worth fighting our hearts out for.

Camp OUT NOW is worth coming to DC and sacrificing some of our creature materialism to help our neighbors here and abroad.

I am so optimistic for our chances for victory, and I hope each and every one of you will join us.

For more information and to read our demands, go to: www.PeaceoftheAction.org