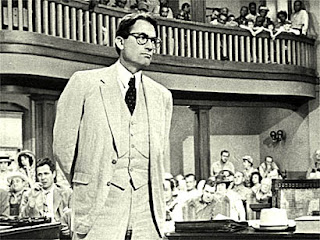 Cindy Sheehan
On July 12th, after one postponement, the POTA (Peace of the Action) 3, plus 3, went to trial in DC Superior Court for our arrests after the ANSWER rally and march on March 20th (the 7th anniversary of the illegal and immoral invasion of Iraq).

On March 20th, after the rally and march, Elaine Brower of MFSO (Military Families Speak Out) and Matthis Chiroux of IVAW (Iraq Vets Against the War) accompanied some mock coffins that were in the march to the sidewalk in front of the White House. Even though there were thousands of people in attendance, Matthis and Elaine (and two others that didn’t end up going to trial) were the only ones that lay on the sidewalk.

I spoke at the rally, but did not go on the march. During the march, I went to lunch and back to Camp OUT NOW that Peace of the Action had erected on the lawn of the Washington Monument. Some of us agreed to meet at the West side of the White House fence at 4pm, because we had heard the Democrats were going to all go there to have a meeting with the president about the “health (corporate give-away) care” bill.

When we were arraigned (in waist and leg shackles) that Monday, we were given a stay-away order from the White House, and all the defendants, except me, were given the opportunity to pay the fine and forfeit the right to trial. They all rejected the offer and we were scheduled for trial on June 10th.

On June 9th, I was on my way to the airport in California at about 5:30 am to go to DC for the trial, when I got an email from one of our lawyers saying that the trial was postponed. We learned the next day that the trial was scheduled for July 12th—when I happened to be in DC for Sizzlin’ Summer Protests. The trial was yesterday.

A very creepy video that the DC National Park Service Police filmed during that day was the centerpiece of the persecutor’s case. The video is creepy because of what the cameraperson focuses on. He/she was at Camp OUT NOW earlier that day and then moved over to Lafayette Park and moved slowly from sign to sign—to faces (most familiar, long-time activists)—the person even focused on a Worker’s World (socialist) newspaper on the sidewalk. It was just creepy—we are constantly and voyeuristically being surveiled by our government.

Persecutor for the government, Branch, brought only two officers including Captain Beck, who was in charge that day, to testify. Captain Beck could only confirm that he witnessed four of the six of us committing our “crimes.” In the video that Persecutor Branch showed, you can see the “good” Captain Beck—who was only a Lieutenant that day-- clearly shoving his bullhorn in my chest after my wrists were cuffed behind my back and the arresting officer is shown wrenching my arms up after two cops shoved me. Anyway—the two others of the POTA 3, Jon Gold and Jim Veeder aren’t even shown in the police video crossing the line. The Government Persecutor brought only one very incoherent officer to testify to say that he had arrested Veeder (or the "white male with the aqua shirt).

I took the stand at the end of the defense case and I testified that I came upon the scene when the resistance was already in progress and that when I saw Elaine and Matthis being penned in there that it was my intention to go and lie down next to them and the coffins in solidarity with the hundreds of thousands of people our nation has slaughtered in the name of profit.

Persecutor Branch thought she had damning “evidence” in two of my blogs where I wrote in one that I “crossed the police line.” Well, I was arrested for “crossing a police line" and held in jail for 52 hours for “crossing a police line.” Persecutor Branch said: “Then you agree with the charges.” Wow, was that one of the dumbest questions ever? “If I agreed with the charges, I would have plead guilty and I wouldn’t be here today,” I answered her. "No further questions."

I, and my co-defendants, have spent a considerable amount of personal money, time, and energy to protest the Bush/Obama wars. Elaine Brower’s convertible can probably drive down to DC from her NYC home by itself by now. Jon Gold has taken considerable time off of work to join Peace of the Action in DC last March and this July. Both Elaine and Jon had to take the 12th off to be here on trial. Matthis has to live with PTSD and part of his “therapy” is the antiwar sacrifices that he makes. If we “agreed” with being arrested for exercising our human freedoms and the freedoms guaranteed to us under the First Amendment, then we wouldn’t have taken the time, expense and energy to come to DC for trial after trial.

After the pitiful persecution, Persecutor Branch presented and after the spirited defense that our lawyers presented (First Amendment, necessity of protesting an illegal and immoral war, the questionable legality of the police line), three of us (the POTA 3) were acquitted (the persecution didn’t prove their case against us beyond a reasonable doubt) and Matthis, Leflora and Elaine were convicted and given a $100.00 fine (suspended) and a mandatory $50.00 assessment to go to the Victims of Violent Crimes fund, which an amazing supporter, Larry Maxwell, paid after the verdict. Those convicted were convicted because the video clearly showed them and their infractions, and we other three were acquitted because the video did not clearly show our infractions. This seems to show some very lazy police-work to rely on videos that only they shoot. If the Persecutor had showed the Peace of the Action video, it would have been perfectly clear that I purposefully crossed that police line. Oh well—a win is a win!

This was actually the first time I was acquitted for charges stemming from protest and I wonder how Persecutor Branch feels about that one? I know our legal team was thrilled!

Elaine and I were in jail for the 52 hours—at least we got to stay together—when we weren’t trying to sleep on the stone-cold cement floors—we talked about the pathetic antiwar movement and sort of felt sorry for ourselves being locked up for so long for such minor infractions that were still principled stands. However, we agreed then and we agreed yesterday after the trial was over—we would do this again and keep doing it until the wars end and our troops quit killing innocent people for the Empire and come home to get the help they need to reintegrate healthfully and wholly back into society.

Note—today we went to the White House to bid a not-so-fond farewell to Obama, and I got to go all the way up to the fence because our stay away orders were lifted!
Posted by Cindy Sheehan's Soapbox at 4:17:00 PM