Racketeers for Capitalism by Cindy Sheehan 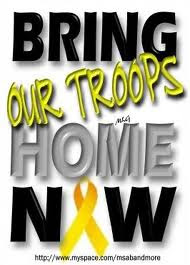 “I spent 33 years in the Marines. Most of my time being a high-class muscle man for Big Business, for Wall Street and the bankers. In short, I was a racketeer for capitalism.”

I remember when the US war dead in Iraq reached 1000 sometime in the summer of 2005. My youngest child and her boyfriend accompanied me to a vigil in Davis, Ca. where we held candles, pictures of Casey, each other, and sobbed—not just for Casey, but for all the rest, also. And not just for the Americans, but for the Iraqis, too.

Then I remember when the needless toll reached 2000 in the fall of 2005—I got arrested with about 25 others in front of the White House—such organizations at MoveOn.org preferred candlelight vigils to direct action. I warned them if we didn’t do something, then we would be mourning 3000—that total came in the early spring of 2007. Now the total for Iraq stands at 4415 and I was recently told by the founder of Veterans for Peace Arlington West Memorial on the beach in Santa Barbara (where I first visited five weeks after Casey was killed on Mother's Day) that they would no longer place a cross in the sand for my son, or the other 4414 dead in Iraq because Iraq is “old news.”

Today, (August 17) we learn that in Afghanistan, three U.S. troops, three NATO troops and at least seven civilians were killed. This is another grim marker along the Imperial Road to Ruin as Barack Obama’s regime has managed to kill as many troops in Afghanistan in 19 months as the Bush stain did in seven years.

I happen to believe that the wars and everything else became Obama’s problems on January 20, 2009, but in reading comments about today’s carnage on that bastion of centrism, the Huffington Post—many people either believe that the Afghanistan occupation just became Obama’s War today, or that (in the case of at least one commenter)—Obama was forced to send more troops, and when one sends more troops, more of them will die. The matter-of-fact callousness of this remark stung like a hornet to me, and I bet the mothers of numbers 1227, 1228, and 1229 did not feel so cavalier when the Grim Reapers in dress khakis knocked on their doors today.

As little as we hear about U.S. troops, as is our custom here in the Empire, the tragic slaughter of civilians in Iraq, Afghanistan and Pakistan doesn’t even deserve a blip on our radar screens. I watched three hours of MSDNC(MSNBC) tonight and the manipulative gyrations to find out how many ways that they could talk about the “distraction” of the “mosque” at ground zero without talking about the one-million plus Arabs (Christians, Muslims, Jews, etc) that the psychopathic U.S. response to September 11, 2001 has killed, was pathetic and frustrating to watch.

There has been a bumper sticker saying for years that goes: “What if they gave a war and no one showed up?”

Well, “they,” the ones that give the wars are not going to stop. “They” have too much at stake to give up the cash cow of wars for Imperial Profit, Power, and Expansion. “They” use the toady media to whip up nationalistic and patriotic fervor to get our kids to be thrown together with the victims in a meat grinder of destruction and we just sit here and allow them to do it.

The Empire preys on our kids using all the tools at its disposal: Economic panic, high college tuition, high unemployment and a mythology that the U.S. has some existential right to steal the resources of other nations.

Not only do these occupations needlessly kill humans on both sides, but our troops are being dehumanized because of the institutional dehumanization of the so-called enemies, also. If you have not seen the Wikileaks Collateral Murder video, you have to watch it, but you also have to realize that these callous crimes are a daily occurrence in the “war” zones—not isolated incidents. We allow “Them” to turn our youth into animals for their sport so they can live opulent and obscene lifestyles while most of us struggle to even make ends meet.

To be proactive, we have to stop offering up our children to be sacrificed for the profit of the few.

I have co-published the 75th Anniversary Edition of Major General Smedley Butler’s War is a Racket.

This simple, yet eloquent treatise on the greed of the elite class to the pain and suffering of our class should be in every home, classroom, school library, and shelf of your local peace group.

The cannon fodder of the Empire first belongs to their families--then their communities--then the Empire with many other stops along the way for school, church, Scouts, sports, band, puppy-love, etc. WE are the only ones that can stop this. We not only can, but we must insert ourselves between the murderers and our children and the children of the world.

ORDERING INFO FOR WAR IS A RACKET