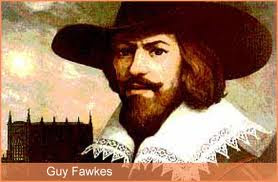 “Words offer the means to meaning, and for those who will listen, the enunciation of truth. And the truth is, there is something terribly wrong with this country, isn't there? Cruelty and injustice, intolerance and oppression. And where once you had the freedom to object, to think and speak as you saw fit, you now have censors and systems of surveillance coercing your conformity and soliciting your submission.”

“V” from the Movie: V for Vendetta

I arrived in London on November 5th, tired and cranky from 12 hours on a cramped and crowded airplane with flight attendants calling everyone “darling” with a smiling mask that hid the fact that all they really wanted to do was slap the passenger that asked for another cup of tea; and sick from a virus my grandbabies gave me which was exacerbated by the dry airplane re-circulated stale air.

As soon as I got to my closet called a hotel room in Paddington Square in the afternoon, I collapsed. A few hours later, I was awakened by what sounded like explosions. As my mind cleared, I tried to sort out what the sounds might be—could it be fireworks? I dressed and went out in the light drizzle to find food, and sure enough, I saw fireworks! I went back to my hotel and asked the desk attendant who has a thick Middle Eastern accent what the fireworks were for and he said: “I think it’s about some guy who came from Ireland to blow up Parliament.” Oh! Duh—then it struck me that I had arrived in London on the 5th of November: Guy Fawkes Day (the only man to enter Parliament with honest intentions—old British “joke”).

From the movie, V for Vendetta, we in the US know Guy Fawkes (well, we can at least recognize the mask, now) as the man who conspired to blow up the House of Lords on November 5th, 1605, but his plot was discovered and Fawkes was tortured to give the names of his co-conspirators and he and they were executed in January of 1606. The group also had plans to execute King James the 6th (or 1st) to install a Catholic monarch on the throne. Every November 5th, (Fawkes was not Irish, contrary to what the desk person told me), Guy Fawkes is burned in effigy and fireworks accompany the day that Fawkes and his cronies wanted to really show some fireworks by blowing up the House of Lords with a large cache of gunpowder.

Guy Fawkes wanted to re-align power in the British government by the use of gun powder to wreak carnage, but something just as earth shattering occurred this past week in the US, without bloodshed. I, of course, am talking about the recent mid-term elections where a mere four billion dollars were spent to see Republicans back in power after a scant four-year absence.

To see my nemesis, Nancy Pelosi be knocked off of her perch after just a few years being up there was personally satisfying, because I have been trying really hard to pull her along to a more peaceful and progressive side. But as much as I loathe her and the Robber Class she belongs to, Nancy was only this year’s patsy, and it looks like she will be rewarded for being the fall "guy" of her class this term by retaining a leadership role in the House despite presiding over a 60 seat loss on the 2nd of November.

What do I mean that Nancy was the fall-“guy” for the establishment this time?

With a Democratic landslide in 2008, expectations were high for some real change: change we could sink our teeth into. Young people and people of color who have felt disfranchised by the system went out to vote in droves, and after nearly two years of economic plunder, the bloom was off that lily, so they didn’t come back. Nancy Pelosi’s House could have easily taken steps to hold the Republicans accountable for the Bush years, but instead blamed them for the horrid state of affairs.

People are tired and frightened and see the government as not only the disease, but as a cure to that disease. When has it ever been healing to cure a disease with more of the same disease?

House Democrats everywhere complained that not only did they have a Republican rival, but they also had to run against Pelosi, Reid, and Obama and when your own caucus starts to abandon you, you know you’re in trouble.

So, Miss Nancy took one for the team, and according to a report in her hometown paper, and biggest fan, the SF Chronicle, she is not only NOT going to resign, but she is seeking the position of House Minority Leader with no opposition. No wonder, all the reports about Nancy's demeanor during the final days of the election season stated that she was calm, cool and collected: the mob rewards it's most loyal and obedient members.

This all begs another question, too—why did the Republicans have to take back control of the House in a very convincing fashion?

Our electoral system is jury-rigged so the elites always win, and the rest of us always lose; and we are propagandized to near death by the psychological terror of Madison Avenue. I am afraid that the only way out of this is through a workers' (or those desperately seeking employment) revolution to overthrow the system.

How long are we going to allow the Robber Class to prosper and murder without an organized and effective response?

I am here in Europe at the invitation of the Socialist Alternative to meet with the leaders of these European working-class responses to the oppression of the Robber Class and I am hoping to come home laden with inspiration and ideas to help organize in America for a peaceful, yet determined uprising for us.