Ground the Drones--January 4th in SF 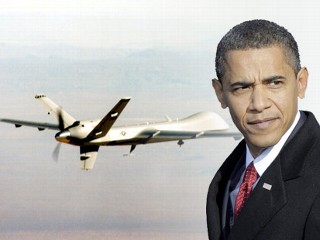 Where:  AFSC, Quaker Meeting House,  65 9th St., San Francisco (Near Civic Center BART)
RESISTANCE TO DRONE WARFARE:   MOBILIZING AGAINST DRONES AND ENDLESS WAR.
Everything you ever wanted to know about drone warfare but were afraid to ask.
As the Pentagon and CIA continue to wage endless war, the use of unmanned planes for
reconnaissance and missile attacks are increasingly the vehicle of choice.   Since these drone
attacks and targeted assassinations result in no American casualties, in the short term they lesson
public outcry to our failed foreign policies.   In the long run, because of high civilian casualties,
they create more enemies and ultimately a more insecure world, as drone technology is
being propogated around the world without serious oversight into the ethical ramifications.
- Find out about the current status of ACLU lawsuits on U.S. drone warfare,
- Learn the latest about drone technology and why we need to halt it in it's tracks.
- Discover all the many ways drone technology is an attack on our very freedoms.
- Hear report back from recent CodePink trips to Creech and Beale Airforce Bases and the Creech 14 Trial.
- Find out about the growing collaborative drone resistance and anti-militarism campaign
and be inspired to join us soon at a military base near you!   Monthly Beale vigils/protest already in progress:  Dec. 29, Jan. 18.
(Sponsors include:  Bay Area CodePink, Grandmothers Against War, AFSC SF, Peace Center of Nevada County and Sacramento VFP)
Informative videos, slideshows
Singer/songwriter Betsy Rose will lead us with inspirational singing throughout the evening.  Learn the latest drone
resistance songs and sing some of our old time favorites.
Speakers to include:
Michael Thurman, IVAW member and ex-military who was stationed at Beale AFB, the northern California control center
for the main intelligence gathering drone, the Global Hawk.  Michael will give us a perspective from an insider's experience.
Cindy Sheehan, Peace activist and mother of Casey Sheehan, who was killed in the Iraq War.  Cindy has been outspoken
and active in the citizen resistance to drone warfare.  Cindy will discuss the need for collaboration in the peace movement to
build organized, ongoing, sustained protests at military bases to encourage war resistance and to halt drone warfare.
Other speakers still being confirmed.
Refreshments included, please bring something to share.  Donations welcome.
For more info/questions:
Toby Blome, ratherbenyckeling@comcast.net    510-215-5974
Martha Hubert, mhubert7@earthlink.net    415-647-1119
Posted by Cindy Sheehan's Soapbox at 12:48:00 PM