I'm not the Deather by Cindy Sheehan 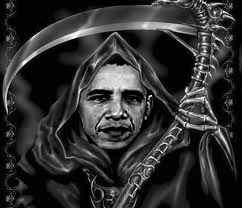