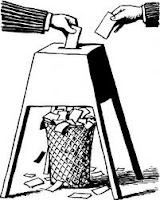 I'd like to acknowledge and thank my daughter, Carly, for do a wonderful job in transcribing the interview!
Posted by Cindy Sheehan's Soapbox at 3:37:00 PM