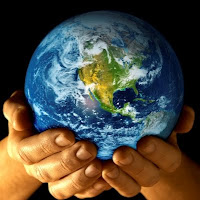 Cindy Sheehan and Fukushima people are coming
Send our voice to the world from Hiroshima on August 6!
Stop War and Nuclear Armaments!
Abolish All Nuclear Plants, Now!
1
“STOP ALL NUCLEAR PLANTS IMMEDIATELY!” A gigantic wave of angry movement is spreading all over the world, demanding the stoppage and abolition of all nuclear plants, with young people at the front line. The Ten Million Signature Campaign to Fight Against Nuke Plants, initiated by fighting people of Hiroshima and Fukushima, is rapidly gathering an increasing number of supporters and advocates.
The campaign has given us confidence that nuclear plants will surely be abolished and the world will be changed if we raise our voices and stand up for action in unity.
We call on you all in Japan and the whole world! Join us in Hiroshima on August 6 to speak out our common determination with burning anger together with the suffering friends of nuclear-stricken Fukushima: “Abolish all war and nuke plants and weapons”.
2
Atomic energy was originally developed to produce atomic bombs, the first nuclear weapon ever in history. On August 6th 1945, Hiroshima was assaulted by tremendous heat of thousands degrees centigrade, terrible blasts and devastating radiation. Since then atomic victims have been insisting with all of our power and life that nuke and human being are incompatible. Now in 2011, 66 years after that, we are faced with an incredible and impossible “Third Atomic Bombing” after Hiroshima and Nagasaki: a huge earthquake on March 11 and its disastrous aftermath. Fukushima Daiichi Nuclear Plant Accident provoked meltdown of reactor cores, diffusing a terrible volume of radiation into air, ocean and soil. Its terrifying effects are surpassing Chernobyl. The lives of a large number of people in the affected areas are contaminated and threatened to death. It’s quite terrible and unforgivable.
When we, in Hiroshima, first saw the name of the affected Fukushima printed in “katakana” script (a sort of phonetic letters), our heart nearly broke. It meant Fukushima has become the third example after “Hiroshima and Nagasaki” (those names printed in “katakana” indicate not the names of local cities but the atomic bombings). We realized once again our responsibility for the development of the struggle to build up a new society without nuke and war, based on fundamental and profound anger of nuclear victims with our slogan, “Hiroshima and Nagasaki: never again!”. “Fukushima” shall never be repeated. Let’s put an end to the nuke disaster now!
3
We condemn Japanese governments, past Liberal-Democratic as well as the present Democratic administration led by Kan, electric power companies, nuclear plant manufacturers, corrupt (bribed) scholars and experts, who have all cooperated in forcibly carrying out construction of nuclear plants. They have suppressed opposition of inhabitants to the nuclear plants by bribe and violence, disrupted communities and destroyed the bond of family for their dirty purpose, while developing demagogic campaign with slogans, “Nuclear plants are absolutely safe”. Mothers who are earnestly engaged in bringing up their children, farmers who live and work on mother earth, young people expecting their brilliant future, beloved homeland, fertile nature—all these human lives, body and soul and nature, have been completely lost, by the disaster brought about by “them”. Nuclear plant means destruction of the whole human life and existence in an organic unity with nature: significant human life with love and children, diligent work and, after all naturally aging process.
The struggle to abolish nuclear plants is necessarily linked with the struggle to change the whole structure of the existing society that desperately needs nuclear armament, military bases in Okinawa and war for its selfish survival.
4
Above all things, we emphasize that the only working class people including those who work at electric power companies hold the key to stop all nuclear power plants and create society with no nuke and war. For a certain period after World War II, labor movements played the central role in struggles against war, nuclear weapons and nuclear power plants are natural in Japan. In Hiroshima and Yamaguchi Prefectures, the labor union members of the electric power company “Densan Chugoku” went on strike and fought together with the community people against the construction of nuclear power plant.
Since the division and privatization of National Railways, however, labor unions have lost the power to fight against neo-liberalism and most of the workers have begun to stay away from movements against war, nuclear weapons and power plants. As a result, jobless and temporary workers have increased drastically. The safety in workplaces has completely collapsed. In addition to that, many nuclear power plants built upon the expense of the workers who are forced to be constantly and massively exposed to radiation have scattered throughout Japan.
The outcome of all these led to the expanding and exacerbating of disastrous damage of the mega earthquake and the Fukushima nuclear accident. The layoffs due to the earthquake spread all over Japan. The lives and livelihood of all people—workers, farmers, fishers and citizens—are facing a profound crisis. Therefore we need to unite to live. For our bright future, we should revive militant labor unions.
We ourselves can change our society. To protect our children and youth and take back our future and hope in our hands, please join the “August 6 Hiroshima Grand Action”. Let’s make an appeal to the world the abolition of all nuclear plants and weapons, and war!
Steering Committee of 66th Anniversary of A-bomb—Aug. 6 Hiroshima Grand Action
E-mail: hiro-100@cronos.ocn.ne.jp / Website: http://hiroshima100.net/daikoudou
Posted by Cindy Sheehan's Soapbox at 9:55:00 PM