Memo to the Evil Actors in DC from Cindy Sheehan 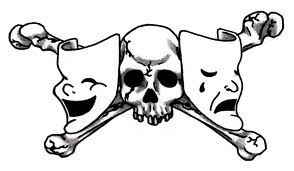 Even though some people have said: “Cindy Speaks for Me,” I have never claimed that I am a spokesperson for anybody but myself—but I do know a lot of people agree with me. So, this is a memo from us.
You evil actors are all putting on another show over there in DC, and we are supposed to believe that any of you are serious, or seriously care about the people of this nation, or your make-believe "oath of office." You all put your hand on a bible, or other religious tome of your choosing, and swore to protect the rule of law, but you may as well have put your hand on a copy of "Death of a Salesman," or "Romeo and Juliet" for all your "swearing" means to any of you.
Barack Obama, was allegedly chosen as lead character in this farce to change the script of Empire and economic exploitation. Then in a very unbelievable plot twist, he was also chosen as Nobel Peace Laureate because there was hope that the script would change. However, Obama has proven to be an excellent reader of tele-prompters, but lousy at improv. The script reads "perpetual war for perpetual profit" (stage north, south, east and west) and Obama is currently bombing at least five countries (Afghanistan, Pakistan, Libya, Somalia, Yemen) and is maintaining a profound (and profoundly expensive) occupational presence in Iraq (boo, hiss).
The US Empire currently maintains approximately 1000 military outposts in over 150 countries all over the world. The US military/Pentagram consumes the largest amount of our tax and borrowed dollars. However, the script reads: never cut "defense."
I just would like all of you mountebanks in Washington DCeit to know that there are many of us out here who don’t buy the political circle-jerk that you are subjecting us to around this whole debt ceiling distraction. When Obama gets his shorts in a bunch and storms out of a meeting, or Eric Cantor (R) does similar, we know that you all go offstage, smoke a ciggy, laugh at we “easy marks” in the audience who stupidly shell out most of our livelihood to you charlatans onstage so you can high-five each other and go back out for Act Number Infinity.

Some of us are smarter than 5th graders, and we know this is all an act written by your masters with the money—and in the end, it will be a tragedy for 99% of us who fall into the bottom five percent of the economic food chain.
Even though you treat all of us USAians like we are a nation of morons—clearly, some of us are not and we have seen this production ad infinitum—the reruns are even worse than the original. So why don’t you all just skip the boring parts and pass a bill that won’t make even a scratch in the wallets of the wealthy, but cuts more services and benefits to the rest of us.
Then the Democrats can say: “Wah, wah, the wicked Republicans made us cut a bunch of stuff.” And the Republicans can say: “Wah, wah, we wanted to cut even more stuff, but the dastardly Democrats wouldn’t let us.” Then we can all get back to Dancing with the Greatest American Idol and FOR GOD’S SAKE, football season is almost starting—give us a frickin' break here!
Also, (as an incentive to you murderers) if you can all just wrap up this charade ASAP, maybe you can add another country or two to your bombing list? Just kidding, of course, because if I were in charge of things, the crapload of wars and the 1K of military bases would be the first things to be cut--not just cut, but slashed, dashed, sliced, diced and demolished--but that would mess up the script you scoundrels follow so sacri-religiously, wouldn’t it?
I also would like to inform you that I do quite a bit of traveling outside of Circus, USA and the rest of the world pretty much thinks you are a bunch of clowns—evil for sure, but ridiculous all the same.
So, Obama say: “blah, blah, blah.” Boehner say: “blah, blah, blah.” Wolf Blitzer say: “blah, blah, blah.” Mr. and Mrs. Odd Couple Skeletor say: “blah, blah, blah.” Geithner say, “blah, blah, blah.” The rest of you say, “Aye” or “Nay,” or don't show up that day, or whatever your part is in this script of dangerous buffoonery and let's just get it the hell over with.
We get it and we want you to know that you can’t fool some of us any of the time.
Posted by Cindy Sheehan's Soapbox at 9:15:00 PM