"Free elections of masters does not abolish the masters or the slaves."
Herbert Marcuse, 1964

"It seems that our president is a totally amoral psychopath, and the revelation of his condition has not hurt his popularity. Apparently the president governs psychopaths too, because too few of them will say or do anything to oppose his commitment to breaking the law, violating the Constitution, and the word of the god he claims to believe in.”
Margaret Kimberley, Black Agenda Report


"Emancipate yourselves from mental slavery, none but ourselves can free our minds!"
Bob Marley 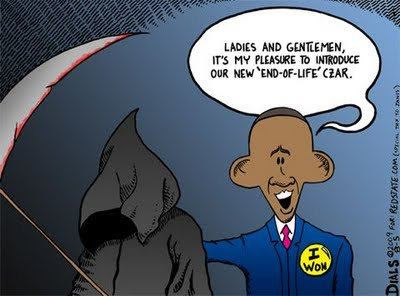 Ever get the feeling you’re living in a nation where the (s)elected officials revel in their megalomania and think we should, too?

Recently the paper of the status quo, the New York Times, gave space to the braggadocio of several members of the current Dictator for the 1%. Some "unnamed sources" boasted with mucho machismo, and not one ounce of shame, about Obama’s Hit List (which is called a “Kill List” by the establishment) and the meetings the President with a Grim Reaper Fetish chairs each and every week to put his Imperial Imprimatur on the execution orders.

We also learned that the U.S., for Israel, has been waging cyber-warfare on Iran for years and, of course, instead of being outraged that the U.S. Constitution, international law, and civil liberties are being severely breeched, the political establishment is outraged at the people who would “leak” such information. Ever the conman, Obama feigned fake hurt at a press conference on Friday, June 8th, that someone would even suggest that “my White House” would intentionally leak such things. I call “B.S.” on that one: the arrogance of the Bush regime has been vastly surpassed by the conceit of the Obama scandal, and the only difference is, there has been little protest against Obama’s Hit List.

I was one of the leading Impeach Bush/Cheney activists for a few years and the only thing that really happened was that the Democrats hastened my political disillusionment and enlightenment by refusing to investigate the Bush crime regime, a policy that Obama’s DOJ continues to this day. Before I was arrested in his office with about 49 other people demanding impeachment be put "on the table" in July of 2007, I was a welcomed guest of John Conyers, then Chair of the House Judiciary Committee.

At least two national peace organizations (Voters for Peace and Veterans for Peace) have passed resolutions calling for the impeachment of Barack Obama and I know the Veteran’s resolution has the same language as the one passed calling for the impeachment of Bush, but there is no large national movement on the left (or, as far as I know, the right either) advocating for this Constitutional “remedy.”

Now, that I have been around the block more times than Carter has pills, I am thinking that the “Founders” of this country set up this whole impeachment thing to fail in the first place. I do not belong to the Cult of the Founders, or the Constitution because I think the Founders were men who belonged to the 1% of their time and the Constitution was written by them to keep their money and power secure. Of course, the Bill of Rights was a “liberal” addition, but the descendants of the original 1% have made sure that document would be in “paper only.”

Even though I believe probably every US administration should be impeached, here is why I have become an impeachment skeptic:

Firstly, our elections have become so compromised by money, cheating, propaganda and apathy and the person who ascends to the highest post in our land, can only be there with the consent of the elite. The Electoral College effectively took what the Founders considered such an important event out of the hands of the unwashed masses, anyway. If you think your vote counts for anything except giving your consent to be misruled, you’re participating in some magical thinking of your own.

Secondly, the process of impeachment has been used only a few times and, as anyone with an average IQ could predict, the process has been motivated by pure political partisanship. The investigation of Nixon and his subsequent resignation came the closest to the impeachment tool actually working, except the criminal removed himself to not destroy the apparent legitimacy of an office he used as his own private crime syndicate (as have every other POTUS—some are just clearly worse than others). In recompense for his resignation, Nixon was pardoned for his crimes and one of his biggest co-conspirators, Henry Kissinger, is still alive and well and prospering.

Finally, We the People should have the power to remove a “leader” from office and advocating for the establishment to police itself for real crimes is unrealistic. We shouldn't have to keep begging "Master" for a few crumbs from his table. We the People were not trusted by the original elitists because they were afraid of our power, so the entire country is set up where only the political establishment and its puppet masters can change anything. The international community has been effectively neutralized by the global elite and to be searching for justice and peace in those institutions is a waste of time, too.

Margaret Kimberley hit the nail squarely on the head with her analysis of psychopathology and we who are sane-o-pathic seem to be on the same reasoned and healthy path.

Had enough? Ready to do something besides vote and bitch; bitch and vote? Non-violent revolution is our only option if we really want the world to be a better place for us—all of us.

Instead of transitioning the righteous and grassroots protest into a failed political campaign to benefit Democrats, activists in Wisconsin could have organized to shut down the state until their demands were met. Similarly from the right, many well-meaning and well-intentioned people fell for the Ron Paul (R) hype machine only to be crushed when his campaign predictably failed and his progeny, Senator from Kentucky, Rand (R-wacko), enthusiastically endorsed the Republiscum candidate, Mitt Romney. US federal politics will always fold, spindle, and mutilate one if you actually have compassion and a brain.

The key is working outside the system to create healthy communities of our own—the 1% own and control the status quo and know how to manipulate it to its own advantage one-hundred percent of the time. If the 99% owned and controlled our own systems, we could do the same.

There are many models for this from Transition Towns to the revolution I propose in Myth America: 10 Greatest Myths of the Robber Class and the Case for Revolution.

To close, I recently received an email from a supporter who urges me to throw my support to Democratic politicians and candidates so I can have "hope" again. How cynical is a "hope" that relies on the Democratic Party for existence? Is it not possible to have "hope" if one does not support a violent and greedy institution? Does this person think I wallow in bed all day, "hope-" less now that I have seen clearly the problem? And what is "hope" anyway besides a manipulative campaign slogan?

Nope to "hope." Positive action in the direction of Peace and Justice and stopping occasionally to "smell the roses" and avoid the stench of the status quo is what we need in my very humble opinion!