So, here we are again in the middle of another sham Federal election cycle—it’s almost (exactly) like we never left the last one!

The faux-gressive set is in the middle of paroxysms of joy over the sham Supreme Court’s recent sham ruling that taxing people because they can’t afford to buy health care from private, for profit, companies is somehow Constitutional. I am not a Constitutional scholar, like our president, but somehow forcing poor working-class people to fork over non-existent dollars to private companies for lousy coverage doesn’t seem A) Constitutional, or B) Moral. 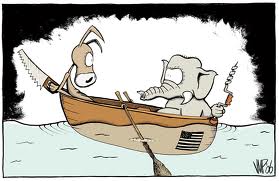 The re-gressive set is in the middle of paroxysms of angst because of the same Supreme Court ruling. As far as I can tell it’s because they very idiotically think that the country is treacherously sliding into Socialism (I wish) and they all want to move to Canada, now (which has national healthcare).

ObamaCare is neither “Socialism” nor “Progressivism:” it’s fascism. Someone who knew the difference, totalitarian, Benito Mussolini, purportedly said that fascism should rightly be called, “Corporatism” because it’s the union of state and corporate power. Maybe Mussolini didn’t say those exact words, but there is a grain of truth in that quote, historically and prophetically. There’s a huge difference between having the right to buy Health Insurance and the human Right to health care.

Similarly, the faux-gressive set, went bonkers when Barry and Michele came out of the closet to announce that they were “personally” in favor of same-sex marriage. I say, “so the crap, what?” I really don’t care what toothpaste the president and first lady favor; or what kind of wine they drink; or what they do or don’t do in their bedroom; or what god they pray or don’t pray to; or if they are in favor of same-sex marriage. What I do care about is that Obama is apparently in favor of bombing wedding parties in foreign countries and his pronouncement to bolster his base of gleeful Democrats did nothing to change policy one iota. Obama said he would “leave it to the states,” so he is for oppression of gay rights, only on a smaller scale.

The regressive set also went “bonkers” after this gay marriage pronouncement, but in a different way. The regressive set also thinks that Obama should be bombing more wedding parties, while the faux-gressive set seems to be blocking that grisly little detail out with their blue-tinted Fact Blocker glasses that only work if a (D) infests the White House.

However, the exploitation of this basic human right is not just a wedge issue, after the pronouncement, the Obama campaign sent out a fundraising email and raked in boatloads of money AND there was a fundraiser in Hollywood that netted 15 million for the campaign. I think paying 40 grand for one plate of food to be able to share dinner with a murderer is immoral while so many starve…but hey…Romney probably raised a lot of money from anti marriage equality people that day, too.


There are many examples of wedge issues that rile up the electorate that really have nothing to do with profound policy changes that are amenable to the so-called 99%. This entire healthcare issue is just a great example because the Democratic apologists that are extolling the “virtues” of the recent SCOTUS decision don’t even sense the irony (or maybe they do and are part of the propaganda team) that one of their talking points is that ObamaCare is almost exactly like the RomneyCare that was passed while Mitt was governor of Massachusetts. And doesn’t it bother the fauxs that their guy’s plan is essentially a Republican one that was written by an industry that contributed 20 million dollars to his 2008 campaign? According to a story in 2010 in Raw Story, McCain received only 7.7 million from the “health”care industry. The insurance companies clearly got the most bang for their buck out of Obama as the mandate gives them millions of new customers! However, McCain would have found some way to pay back the bribes…oops, I mean, “campaign contributions.”

The faux-gressive set is so super-duper upset that the Koch brothers are donating to Mitt, while their dude has his own Super Pacs (apparently that’s okay) and has publicly declared that he wants to raise one billion dollars for his re-election. One billion: that’s one ONE and NINE zeros and fully obscene.

Campaigns are no longer, if they ever were, based on debate over issues that really matter to the ordinary person: life, liberty and the pursuit of happiness. Campaigns are now barely disguised extortion where the bribe money goes to enrich Madison Avenue and candidates are packaged and shoved down our throats. We end up “buying” something that isn’t either “new and improved” or “innovative” and the product is definitely something the entire world would be better off without.

The “lesser of two evils” meme is also a logical fallacy in this world of prepackaged, processed, product. First of all, to think that Obama is even the “lesser of two evils” is incorrect as pointed out by Glen Ford of the Black Agenda Report: Obama is “awesomely evil.” Secondly, would you choose Product A over Product B because it would poison you just a little more slowly than Product B? No, of course you wouldn’t you would find a way to do without that product. 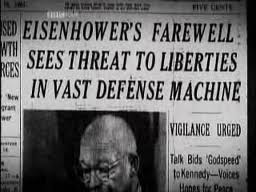 Voting in a federal election is feeding into the crimes of he 1%, yet, due to our conditioning as members of an Empire; we are herded like cattle to the slaughterhouse thinking that an essential part of our bodies may fall off if we don’t vote. Guess what? That’s simply not true.

Vote if some vestigial programming won’t allow you to not vote, but don’t quit there.

What’s the alternative to choosing the most cosmetically appealing oppressor and participating in our own oppression, you ask?
Good question!

Planned, local revolution. It takes more effort than walking down the street to vote, but the outcome can be more satisfying and effective.