I've been more than a little troubled lately. It started before the Kony thing. I suppose it started with Watergate, truth be told. I was 9 in '72. I had been given a reading assignment to read the newspapers for an English class. I found out that the Government lies. I was, frankly, not so shocked. I mean, I had already heard about what our "good guys" were doing in Vietnam. I had already argued with the Parish Priest about God damning babies who never even heard of Jesus. My 18 year old sister had been dead 3 years already, and my Mom was well on her way to being a less covert alcoholic.

I wasn't born cynical, but sure as fuck wasn't innocent long. Martin, Robert and John. Iran/Contra. What used to be called investigative reporting is now regarded as tin-foil hat and conspiracy. What happened to "question everything?" 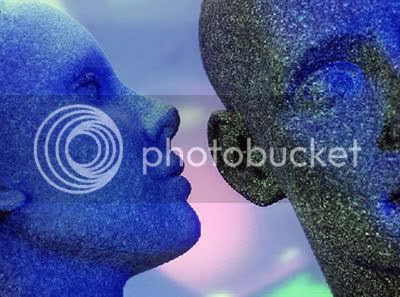 I read a rather self important and preachy piece (I hate sole purveyor of truth type authors) over the weekend, suggesting that the great Green revolution in Iran was actually no more than a handful of paid propagandists using the paranoia of the activist-types to create a fabric of self-reinforcing reality to manufacture a protest that never really occurred. I think back to my twitter time, and wonder... what evidence did I really see? I'm not really fond of conspiracy theory either.

What I am big on is evidence, facts, math and science. What I am really bigger on, is as Molly Ivans always said when writing about Bush escapades, is "following the money."

What I like to study is context and historical precedent. One thing you really don't have to look to hard to find is the US's intervention in Sovereign Nations to know, well, "Hell yeah we do that kind of stuff. Always have."

The guy who wrote the article's math didn't add up for me. Like calling a June story "five minutes after the election of the 1st Black President of the United States." Ummm, huh?

But? He did point out a larger truth. That people on the internet can be emotionally manipulated to repeat things with little or no questioning on their part. That "evidence" becomes circular because we repeat one another. That any "source" as anonymous as the net is, could possibly be flat out lying.

A famous quote by Caesar, that Caesar actually never said comes to mind. We saw this under Bush, repeating 9/11 and Iraq. So, not only is the comment itself true enough, its also proof in and of itself that if you repeat a lie enough, it becomes truth. Who actually said it? Who knows? It shall ever be linked to a man who never uttered the words.


"Beware the leader who bangs the drums of war in order to whip the citizenry into a patriotic fervor, for patriotism is indeed a double-edged sword. It both emboldens the blood, just as it narrows the mind. And when the drums of war have reached a fever pitch and the blood boils with hate and the mind is closed, the leader will have no need in seizing the rights of the citizenry. Rather, the citizenry, infused with fear and blinded by patriotism, will offer up all their rights unto the leader and gladly so. How do I know? For this is what I have done. And I am Caesar."

Kony 2012 anyone? Or how about McCarthy naming people Communists to eliminate the voice of a Party with a differing ideology than his? How about the now-common practice of calling anyone who stands for Palestinian rights an anti-semite? Demonization is easy, and proving you are not that which you have been accused is tough.

COINTELPRO, a US government program to shut down anti-war activists and civil rights activists is historical fact. McCarthyism is Fact. Pinochet is fact. Interventions and the propping of dictators is fact. Saddam was one of ours. The Shah was too. Illegal bombings are fact. We are still at war with Korea, and have never been with Laos or Cambodia. Our cluster bombs are still killing them.

Manuel Zelaya had raised the minimum wage paid by US corporations in the textile industry and blocked privatisations. He was overthrown. We did nothing.

The same day Lugo was impeached by Congress, a delegation of Paraguayan politicians, led by the head of the parliamentary defense committee and opposition member Jose Lopez Chavez, met with US military chiefs to negotiate the establishment of a US military base in the Chaco region. We did nothing about that either.

What we are involved in? Syria and Libya. Whether coups be real US-backed is hard to prove. What is not hard to prove is our indifference to those with Western-friendly (read neo-liberal capitalists who want to allow US business hegemony over their own people's interests) and our push to create sympathy for intervention to overthrow unfriendly (read those who want to nationalize assets for their own interests and will not allow US hegemony) leaders.

In spite of repeated proof that in Syria (The Vatican News Service Agenzia Fides, League of Arab States Observer Mission) that most of the violence is Western backed and foreign? Even the most "liberal" of medias speak only of Assad being responsible.

I wasn't born last night. I knew Iraq was wrong, I know Iran will be wrong. I know what we have been told about Libya and Syria is wrong too.

So what of the Arab Spring? What of Occupy?

I don't believe the author of that piece's conclusions that we are 'useful idiots'. Not at all. I do believe that there are agents within each of the movements who will try and radicalize them to create a reason for a crackdown. Again, COINTELPRO is real.

But it is a worthy question to ask, "To what extent do we have to worry about what comes after destabilization?"

...But I'm frightened for your children That the live that we are living is in vain And the sunshine we've been waiting for Will turn to rain...

Much brighter minds than mine have gone on endlessly about power abhorring a vacuum, and that often revolutions end up with a more brutal regime taking power. Divide and conquer. Yankees or the Mets. Black and White. Wreaks and Wrecks. Jews and Palestinians. Sunni and Shias. Pacifist and Anarchist. Romney and Obama. Uniparty and 3rd party.

Egypt still sucks after the "Spring" - getting rid of the Supreme Council of the Armed Forces power will be close to impossible for Morsi - and the US sent Clinton to strong arm that new President not to allow Gazans to have an open border with them. The US is still droning Yemen. Tunisia just arrested the Mom of the guy who set himself on fire and instituted curfews. The Algerian uprising is said to be "hijacked" by the Western Press because they don't want what we would have installed there.

In every single one, the US has sought hegemonic control in the aftermath.

So what will the PTB do with us if we manage to upset our status quo?

What are the facts, and who is the source?

What memes are we repeating, and who fed them us to repeat?

The fact remains, people are dying enmasse all over the World, being slowly strangled by austerity as the rich get richer.

What is truth and how will we know it, when the rich own the press, have unlimited access to social media and we in our earnest angst are so ready to want a cause to cling to?

Back to following the money. If Occupy and Anonymous truly serve the People, they will not allow it to continue. They will "create" violence and attribute it to us. They will be violent against us to breed fear. They will try and make sure our efforts interrupt the lives of people just trying to survive so as to foster resentment.

I ask again, if we manage to destabilize the fabric of the United States in some kind of peaceful or even violent revolution/civil war, what will they do here?

They aren't stupid. They are 40 chess steps ahead of my ass. But the portends aren't every good. There are empty Fema Camps everywhere. We have the largest Incarceration Industry in the World. There is already an Executive Order signed to shut down all of our Communication Systems. There is NDAA that says we may be detained without trial. They now say it is legal to shoot an American on sight if that American is on the Presidents "kill list."

And the hold the keys to us eating or starving, being housed or homeless, have medical care or die. Worse, they have managed to keep is fighting among ourselves.

My husband used to warn me to be careful what I wished for, that I may get it. Especially when I spoke of revolution.

We went from grunting to gregorian chants to finding Higgs Boson particle and letting the Government track us by iPhone.

I want to believe that all my relatives in the Human Race will wake up and say, "We are all related, no more war and bullshit."

I wanted to believe that the net would bring us the chance to know one another as Mothers, Fathers, Sons and Daughters.

I realize that the SINGLE most demonized concept in the World has always been the full and equal rights of all humans. Its name is Socialism. Its name is Communism. Its definition is Sharing. Its source is Love.

I've been more than a little troubled lately. Is sometimes supporting an uprising a way for them to stop any real revolution in its tracks?

Is it real or Memorex?

Will it be Pepsi or Coke?

Who will win the Global Class War?

And are you really you?

I think I think I am Therefore I am I think

Of course you are my bright little star I've miles and miles of files, pretty files of your forefather's fruit And now to suit our great computer You're magnetic ink

I'm more than that I know I am At least, I think I must be

There you go man, keep as cool as you can Face piles and piles of trials with smiles It riles them to believe that you perceive the web they weave

And keep on thinking free