That Day in History: August 6th by Cindy Sheehan

That Day in History: August 6th
Cindy Sheehan
August 6th is the 218th day of the year; (219th during a leap year); its astrological sign is Leo the Lion and, most importantly, to our consumer based culture: 140 MORE SHOPPING DAYS UNTIL XMAS!
August 6th is also a significant day globally, historically, and personally for me.
Throughout the ages, August 6th has seen the founding of Bogota, Columbia (1538); the Treaty of the Hague between Portugal and the Dutch Republic (1661); 60 proof sheets of the US Constitution were delivered to the Constitutional Convention in Philly (1787); the Holy Roman Empire went kaput; (1806); the first person is executed by electric chair in NYS (1890); The Cuban Revolution nationalized all foreign companies (1960); President LBJ (remember when we called presidents by their initials?) signed the Civil Rights Act into law (1965); numerous battles happen during numerous wars; and probably the most significant event in human history happened on August 6th, 1945: the US dropped the atomic bomb, “Little Boy” on Hiroshima, devastating it and being the first and only nation to use such a weapon of mass destruction on an unsuspecting civilian population. 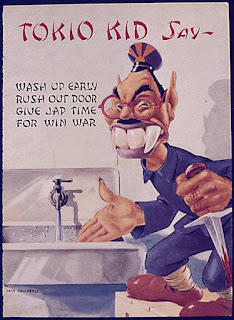 Having been a history student, I studied about all significant events that happened every day of the year…not being good at rote memorization of dates, I still like studying the events and was always bothered at the emphasis the History education in the US puts on wars. Of course, until very late in my formal History education, I was taught that dropping two bombs on innocent Japanese “saved lives” and hastened the end of the war. Naturally, in our conveniently xenophobic society, “saved lives” means the lives of US service members because the lives of the “slanty-eyed, buck-toothed” devils didn't count.
So, while history has always been interesting to me, as a history nerd, the study of it can be as impersonal as studying numbers. Facts, figures, dates, and the personal testimony of those long dead can seem dry to sheltered academics until we get out into the real world.
I had the opportunity to go to Hiroshima and Nagasaki in 2011 for the terrible anniversaries of those tragically terrible days. I talked to the survivors who were barely children themselves in 1945 and I talked to the loved ones of victims as we stood on the buried remains of thousands of people who were incinerated that day.
As someone who has felt the ripping pain of needless war for profit, the stories were as fresh for me as they were to the tellers. As a grandmother of young children, the display in the Hiroshima Peace Memorial of the bombed tricycle of a three-year old Hiroshiman boy named, Shin, who was out riding his beloved bike and enjoying the undoubtedly scorching and humid day when Little Boy dropped on his precious head killing him, tore at my heart as if he died yesterday.
Speaking of needless wars for profit—let’s take a leap over some more significant August 6th events to August 6th, 2001. President George Bush (GWB) was on his month-long vacation at his pig ranch cum vacation fortress in Crawford, Tx when he was handed a Presidential Daily Briefing (PDB) that was entitled, “Osama bin Laden determined to strike in the US.” According to journalist, Ron Susskind, GWB told the hapless CIA analyst who delivered it to him: “You’ve covered your ass, now.” 9/11/2001 was not a surprise to the Bush administration, nor would it have been to the Clinton regime. I don’t have to enumerate the warnings we had that were ignored, or facilitated along. The 9/11 Timeline is a Great resource on this and I had one of the contributors of it, Paul Thompson, on Cindy Sheehan’s Soapbox (listen here).
Bear with me…I am going somewhere with all of this. As there is much evidence that Franklin Delano Roosevelt (FDR) provoked and/or knew about the attack on Pearl Harbor to rile our rightfully war-weary nation to support US entry into another World War. Many wars and subsequent attacks on domestic civil liberties have occurred since the not-so-surprise attacks on 9/11/2001. The next significant August 6th (in 2005) would never have occurred without the purposeful disregard that led to our nation being attacked again in 2001 (don’t go crazy, I am not supporting the “official story,” but I don’t think anyone can deny that the US was attacked that day).
August 6th, 2005, was the day that I serendipitously chose to head to Crawford, Tx to confront, arguably, the most powerful man in the Universe, GWB. A few days before, I had heard him on my TV tell an audience in Texas that our killed soldiers in Iraq had “died for a Noble Cause.” My ears perked up waiting for the propagandists in the corporate media to ask him to define “Noble Cause,” no one did, so I “determined” to strike at the lies and crime of the post-9/11 meme and go to Crawford myself to demand a meeting with GWB to ask him myself.

The rest, as they say, is history.
In a couple of weeks it will be (incredibly) the 7th anniversary of what became known as Camp Casey and I wish that 26 days baking in the Texas heat, media scrutiny and right-wing stupidity, had made a difference and that the wars would be over and our nation and world would be on its way to healing events instead of more war and oppression—but, alas—the political reality is that the antiwar movement is composed mainly of anti-Republican war activists because if they really hated all war, Obama has given them plenty of fodder for opposition and protest. Did you ever hear the “Sounds of Silence?” That’s the sound of the so-called antiwar movement when it comes to the Drone Bomber. (Again, don’t go crazy—I have been honored to be part of the real peace movement since then, and I am not talking about YOU).
I bring August 6th up a couple of weeks early to promote an event that I will be attending and speaking at in Washington State in opposition to nuclear weapons called: Nuclear Weapons, The Most Inconvenient Truth!
That first day of Camp Casey, before we headed out to do peace-battle with the Bush mob, I met with a survivor of Little Boy who was a guest of the Crawford Peace House and, on August 6th, I can’t imagine a better way to commemorate the global events that have affected us and personal events that have shaped me by opposing nukes in all forms.


UPDATE: Some of the information that I used was from the Wikipedia entry about August 6th, here. I noticed that the day GWB received the PDB in 2001 was not recorded as an historical event--nor was the first day of Camp Casey in Crawford in 2005...so I signed up for Wikipedia to edit the page to add those two historically significant events. The events were removed by someone within an hour.


CIA? George Bush? Your guess is as good as mine.