On May 25th, hundreds of protests against the evil corporation, Monsanto were held globally with over one million people participating.

Monsanto and other meddling corporations are vying to control 100% of the world's food supply with their toxic seed and poisonous Round Up. This is just a reminder: Monsanto brought Agent Orange, pcbs, Round Up and bovine growth hormone to us. Monsanto is responsible for killing millions AND has recently been the recipient of some very favorable legislation and SCOTUS rulings because MonsantObama and Justice Elena Kagan are in its pockets.

Of course, our government's revolving door of the executives of evil corporations, banks and Wall Street and Presidential appointees make the conditions ripe for such corporate friendly government.

I don't know about you, but I do not want my children and grandchildren eating poison and our family goes out of its way to make sure we don't ingest any of Monsanto's poison, but it's not easy since Monsanto made sure that California defeated the mandatory labeling law. Over 50 countries require GMO labeling, but of course not the United States of Monsanto. These countries have intelligently banned GMOs all together:

Recently, China refused four shipments of toxic corn from the US. Governments are starting to pay attention, and we need to force ours to do the same.

Yesterday, Tour de Peace was in St. Louis, so we joined about 600 people in the pouring rain to register our vehement opposition to Monsanto. I am posting the pictures I took and I received permission from everybody to do so.

We were very impressed by the young people there and the diversity of the protest. I believe this is an issue that we can all rally around. 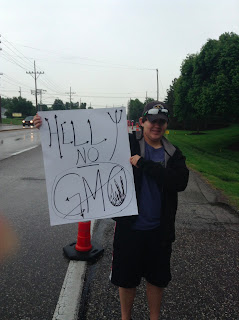 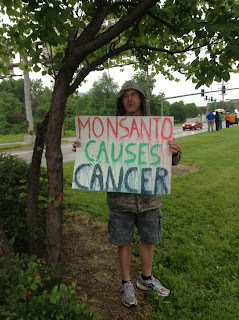 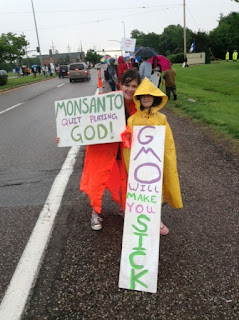 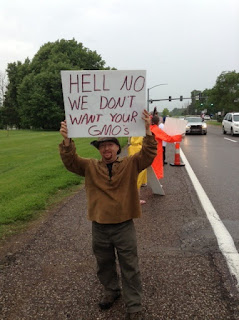 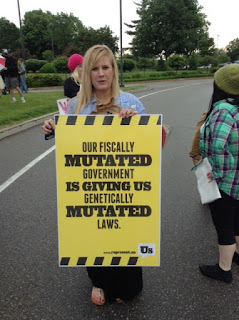 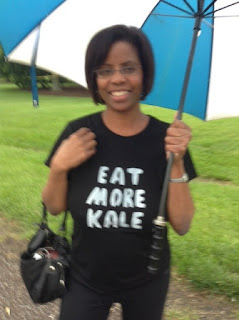 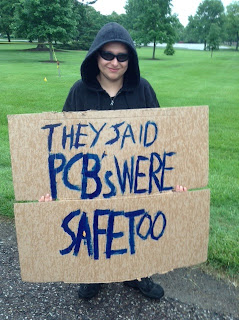 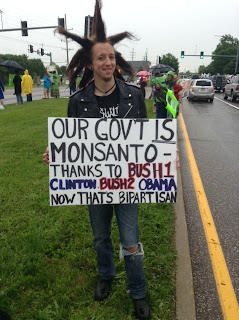 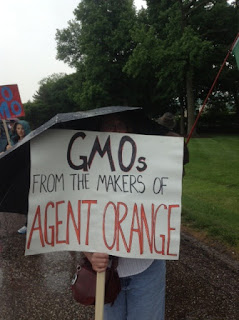