“I say there is no excuse for poverty in a wealthy and civilized State like ours.”
Upton Sinclair, 1934 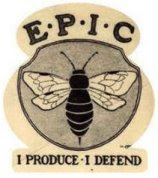 Here in California, back in 1933, Socialist author and “crusader” (his term), Upton Sinclair agreed to rejoin the Democratic Party (he was a member of the Socialist Party) and run for governor of California on an EPIC (End Poverty in California) platform. This was right smack in the middle of the Great Depression and although Sinclair approved of FDR’s “New Deal” he rightly believed that it did not go far or fast enough.

These are Sinclair's 12 Principles of EPIC, brought up to date a little for the 21st Century:

*The natural wealth of California belongs to all, not a few.

*People should seek their own welfare, not that of their masters.

*Private ownership of the means of production is a basis for enslavement.

*Autocracy in industry cannot co-exist with democracy in government.

*When some live without working, others work without living.
*The existence of luxury in the presence of poverty and destitution is immorally contrary to ethics and sound public policy.

*The present economic depression is one of abundance, not scarcity.

*The cause of the trouble is that a small class has the wealth, while the rest has debts.

*The destruction, or waste of food, or other wealth, or the limitation of production is economic insanity.

*Remedy is to give workers full access to the means of production and let them produce for themselves and their communities and share in common the benefits and profits.

*These changes can only come about by the action of a majority of the people.

*EPIC desires to leave no person in poverty, need, or want.

Cindy Sheehan is a “crusader” like Mr. Sinclair. She never asked to be in the so-called limelight, but now that she is in the struggle, she intends to do whatever she can to bring peace and prosperity to her native state—then, hopefully, the EPIC campaign will spread across the nation and join others in the global struggle for peace and economic justice.

Current governor of California Jerry Brown often toots his own horn about some imaginary economic recovery, but that “recovery” has come at the expense of education and prison reform. California is near the top of the nation when it comes to unemployment (8.6%) and Cindy Sheehan knows that there can be no just economic recovery without meaningful jobs that pay a living wage, not a “minimum” and totally inadequate one. Of course, this EPIC Campaign for the 21st Century recognizes what Sinclair saw over 70 years ago: true economic equality cannot occur when so few own most of everything.

This so-called recovery of Jerry Brown’s has come off the backs of what he, himself calls the “vulnerable.” A recent report from the California Budget Project (CBP.org) shows that still, in this “economically recovered” state, six million Californians, one-third of them children, are “living” below the poverty line.

Cindy will be challenging the lies of the ownership class, of which Jerry Brown is a member, in her run for Governor on the Peace and Freedom Party ticket.

Sinclair's vision of an EPIC state caught fire and chapters were formed all through the state, and the country and he easily won the Democratic primary in 1934, but the Republicans and other conservatives in the state made a dedicated effort to demonize Sinclair and the specter of "Socialism" and he and EPIC were defeated in the general election. Well, in 2014, we won't get fooled again! 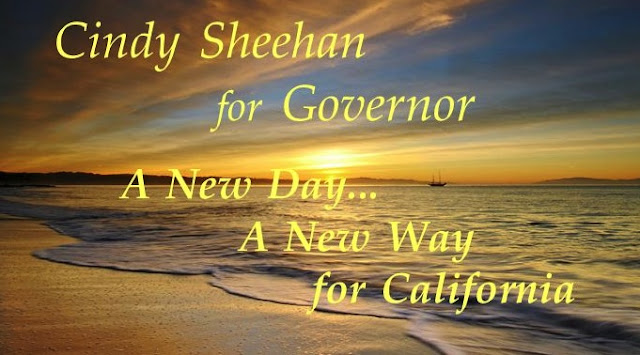