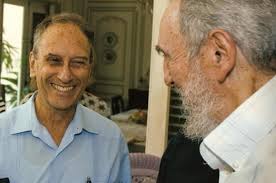 Saul Landau was an internationally known scholar, author, commentator, and filmmaker who worked for forty years on social, political, and human rights issues. Landau produced over forty films, and won several awards, including an Emmy for "Paul Jacobs and the Nuclear Gang" and the Edgar Allan Poe Award for Assassination on Embassy Row, an investigation into the 1976 murders of Chilean Ambassador Orlando Letelier and his colleague, Ronni Moffitt. Landau wrote fourteen books his latest book puplished a month before his passing, "Stark in the Bronx" a murder mystery.

He won the George Polk Award for Investigative Reporting, the First Amendment Award, and the Letelier-Moffitt Human Rights Award. In 2008, the Chilean government presented him with the Bernardo O'Higgins Award for his human rights work, and the Cuban government gave him the "Amistad" award in 2013.
Gore Vidal once said, "Saul Landau is a man I love to steal ideas from."

Cindy Sheehan was in Cuba this past week and was not able
to record a new show, so we are honored to honor
Saul by replaying the interview with him about his film:
Will the Real Terrorist Please Stand Up 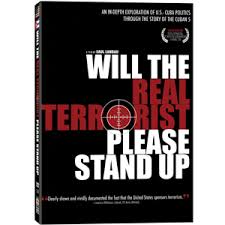 BECOME A SOAPBOX SUPERSTAR
CLICK ON IMAGE TO FIND OUT HOW! 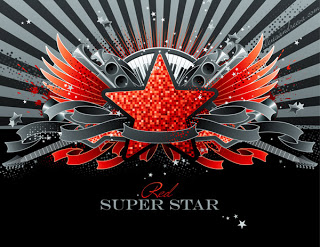