Walk to Peace Through Vacaville by Cindy Sheehan 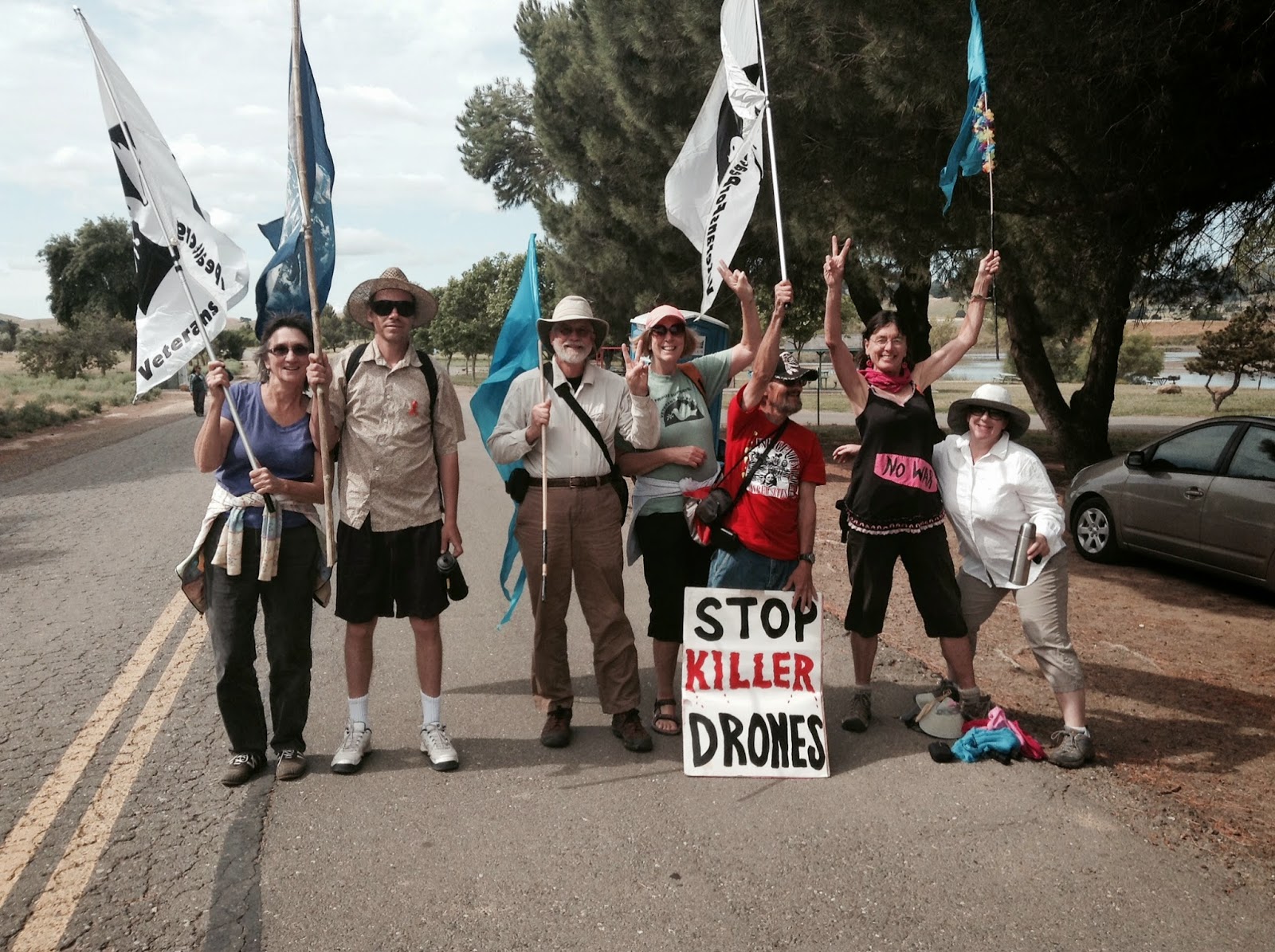 There have been activists from Sacramento, Chico, and the Bay Area, protesting at Beale Air Force Base near Marysville, Ca for a few years, now.

Beale AFB is home to the Global Hawk, a surveillance drone. When Obama was first elected, the antiwar movement gave Obama a very undeserved respite, and although the activist energy against him and his policies is still relatively low, opposition to drone warfare increased probably in 2010 (after Cindy Sheehan's Soapbox held a protest at the CIA in January). Even though I am also adamantly opposed to manned bombing, at least there is concentrated and committed opposition to the escalating use of Unmanned Aerial Vehicles.

Some of the activists from the Beale protests began the Walk to Peace on May 17th at the Golden Gate Bridge and will end up at Beale AFB on May 27th after a 130 mile walk.

On May 20th, the Walk to Peace came through Vacaville, CA, my hometown.

Vacaville is situated amid rolling hills on the Interstate 80 corridor about 35 minutes west of Sacramento and about an hour north east of San Francisco. The Patwin tribal land was "given" to the original Spanish land grant families of the Vacas and Penas.  White settlers grew fruit orchards and built Victorian mansion in town on Buck St.

The major industries of Vacaville are: retail, prisons, and a nearby Air Force Base of our own: Travis. After I became well-known for my antiwar activities, people here in town would honk at me to make sure I could see them flipping me off and on two occasions I was verbally assaulted while I was just out shopping. One of the columnists for the newspaper, The Vacaville Reporter, collaborated on a book in 2005 to lie about me, but to also capitalize on my notoriety for her own profit (American Mourning by Catherine Moy and Melanie Morgan).

Anyway, imagine my surprise when I joined the Walk to Peace for 5 miles through town and we were shown nothing but support from passing motorists and pedestrians when we arrived at the picturesque downtown area.

Perhaps after 10 years of war and other devastation, my views aren't so off the wall anymore? 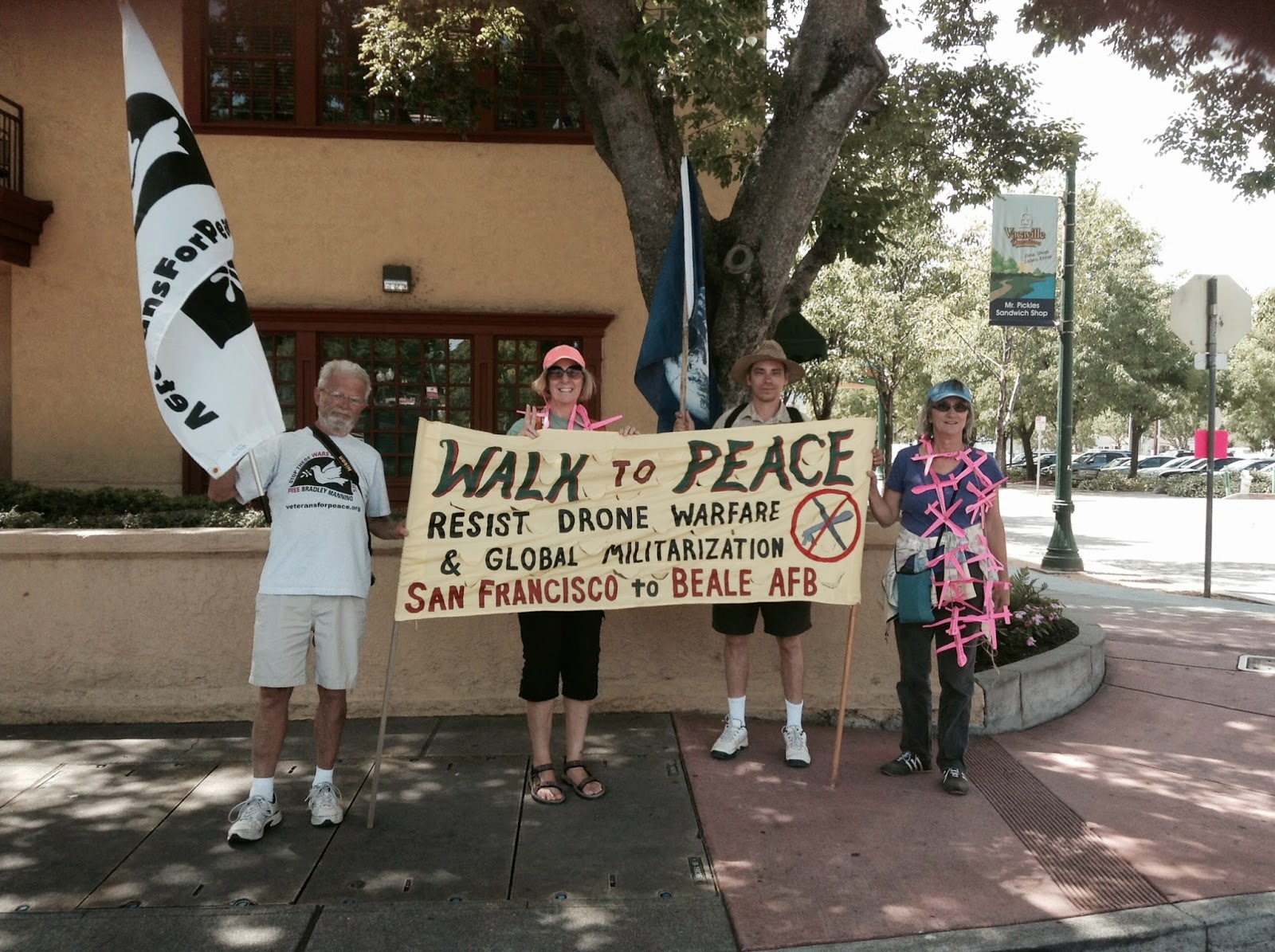 Walk to Peace in Downtown Vacaville
Posted by Cindy Sheehan's Soapbox at 12:39:00 PM