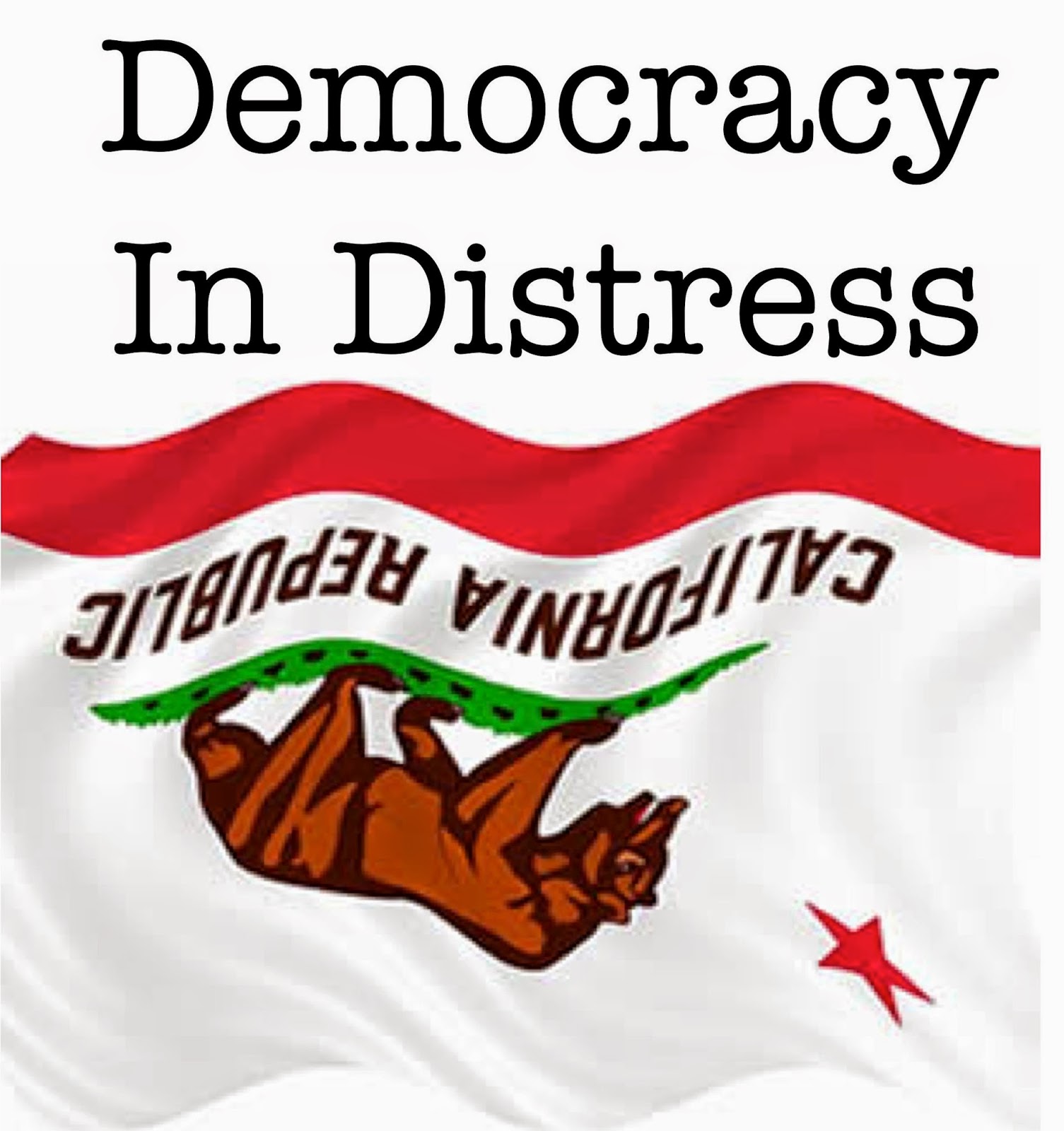 “Cindy, I can’t wait to vote for you in November.”
"Sigh," these are nine words I have heard much more than once since I came in 7th when I competed for Governor in June in California’s Top Two, or Jungle, Primary.
Yes, I did run for Governor of California this year as a member of the Peace and Freedom Party; the strange part (maybe not so "strange" as "predictable") is very little attention was paid as I also ran with 14 other people vying to be one of the Top Two vote receivers to be able to “advance” to the general election in November.
My campaign felt that one of our biggest obstacles was to overcome the apparent lack of understanding of this anti-democratic law (that every political party in California opposed in 2010, even the Democrats and Republicans) that the voters themselves passed because, even though we have the ability to get initiatives on the ballot here in California, more often than not, those initiatives favor the 1% and the voters here consistently vote against their own interests being easily influenced by expensive, yet effective, mass-marketing techniques.
As of this writing, it has been 57 days since my defeat on June 3rd and I am just now getting some energy back to even care about what is happening around me beyond playing with my grandchildren or swimming at my gym. It was a horrific campaign, but not because my team wasn’t great or didn’t care about what we were doing or about our platform and vision, but because very few people in the State even realized or cared that if they didn’t vote for whomever they really wanted in June, there was slim to no chance they would get a second opportunity in November.
Now, in the Governor’s race the voters of California will get to choose between Jerry Brown, a very right-wing Democrat who has proven his bona fides to such institutions as the prison industrial complex and big oil and Neel Kashkari (R, but left of Brown on some issues. I.e. after Brown announced his 2014 budget Kashkari was quoted as saying "Brown just threw poor people under the bus") a former Goldman Sachs executive who admits to voting for Obama and managed Obama’s “Troubled Assets Relief Program (TARP)" that really only "relieved" the "troubled assets" of Goldman Sachs and other members of the 1% Club.
The LA Times reported that the June 3rd primary was the worst voter turnout in California state history, and being the newspaper of record for the establishment, attributed that to a general feeling of “content” with the way things are going here in the once Golden State.
I, however, attribute the profound voter apathy to a lack of voter knowledge of the Top Two Primary and the very fact that the incumbent, Brown, kept a profile lower than a professional Limbo dancer during the primary when he actually faced some polar-opposition, but is now obviously being a governor only for press attention.
Top Two was designed to destroy democracy and kill choice.
Maybe candidates from 3rd parties or independents had little chance anyway, but now we are doomed to spending a lot of time, money and energy to compete in elections that have little bearing or affect on the actual outcomes. So, California, congratulations in November you have the “choice” between Fracky Brown or Sacky Kashkari.
Me, absent a bubble on my ballot for “No Way in Hell, None of the Above” I am leaving that spot blank.