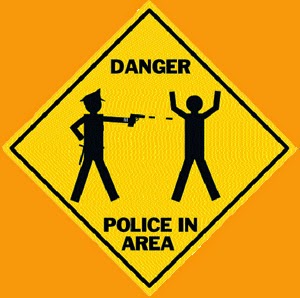 With the pending grand jury decision in the Michael Brown murder in Ferguson, MO, The Soapbox is replaying a show we did with four extraordinary people whose lives were devastated and changed when a loved one was murdered by cops.


Learn about their stories, the stories of their loved ones and the inspiring heart-connection they have made to do something that I know is not easy.

None of us asked for "this," let's hear stories that are so difficult to hear, but even harder to tell.

BIOS AND RELEVANT LINKS
Christina Arechiga – Sacramento, CA– Prison right activist for over 15 years then changed focus to police brutality when her first cousin Ernest Duenez Jr was murdered by John Moody of the Manteca PD. Now works full time as a private investigator and in the CA Statewide Coalition Against Police Brutality for all families who have been victims of law enforcement corruption and working on changing procedures and laws allowing such corruption.

Rosemary Duenez – Lathrop, CA – a mother and grandmother whose son Ernest Duenez Jr. was murdered by John Moody of the Manteca PD on June 8, 2011 – Ernest 34 yrs old was a father of an 11 month old son at the time, the Duenez family maintains weekly Sunday protests at the Manteca PD and is actively working with the CA Statewide Coalition Against Police Brutality. They fought to have the dash cam video released to them and they in turn released to the public in their fight for justice. Their civil case is currently in the federal courts in Sacramento, Ca and trial will begin in early 2014. The officer was cleared by the DA’s office but the family maintains an ongoing investigation and continues to put pressure on law enforcement to be accountable and file murder charges.

You can view the video here:
http://www.youtube.com/watch?v=LhnY17F_eiQ

Denika Chatman – Vallejo, Ca – mother of Kenneth Harding 19 years of age was murdered on July 16, 2011 by San Francisco Police and then left to bleed out while medical personal was not allowed through police barricade – she moved her family back to California from Seattle to fight for justice for her son and holds monthly feeds for the homeless in the spot that still is stained with the blood of her son. Aka the Kenny Feeds held by the Kenneth Harding Foundation – they have recently been blessed with a new location in a church to continue their work. She is currently in a civil trial.


You can view the video here:
http://www.youtube.com/watch?v=7K9RS34WG7M


Cephus Johnson aka “uncle bobby”– uncle of Oscar Grant murdered by Johannes Mehserle on a BART platform in Oakland, works nationally to organize and unite families who have been affected by the injustice system, their story is on screens nationwide in the film FRUITVALE STATION – you can read reviews here:
https://www.facebook.com/FruitvaleStationMovie
Posted by Cindy Sheehan's Soapbox at 8:39:00 PM