Includes my view of the U.S.-Iran Nuclear Treaty
U.S. Imperialist War is a Bi-Partisan Problem
by CINDY SHEEHAN 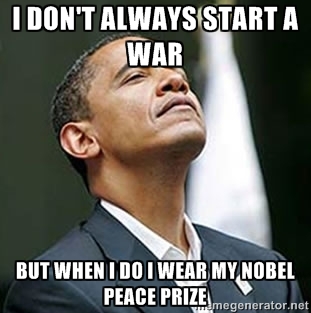 I believe that just as important as it is to study the great thinkers, revolutionaries, and philosophers of the past, we should use that information to inform our lives as we draw from our own past and experiences.

It took me awhile to look at the world and my past through a revolutionary, anti-Imperialist lens. When my son Casey Sheehan was first killed in Iraq in 2004, my eyes were clouded by a red-hot hatred of George Bush and the Republican Party that I believed had murdered my son.

I quickly learned though through much trial, heartbreak and profound disappointment that even though BushCo were a HUGE problem, it was not THE problem. Unfortunately, most of my comrades during the Bush regime years have not come to that same conclusion.

Of course, a relative handful of others and I, have continued the struggle against US Imperialism since the oppressors allowed Bush to leave office and Obama to move in as the head C.E.O. of USA Murder, Inc. However, the antiwar movement was effectively co-opted and demobilized as far back as 2006 when the Democratic half of Imperialism reared its ugly head.

A few of the Obama regime’s lowlights include: the expansion of US troops to Afghanistan; the continuing and now expanding occupation of Iraq; greatly expanding the use of “drone-bombing”; “kill” lists; the absolute destruction of Libya; increased tensions and hostilities with Russia as the Obama regime supports neo-fascists in Ukraine; and the creation of ISIS and all of its crimes with increased incursions into Syria, Yemen, and Kurdish areas. Most of these “Nobel Prize” winning events were met with little opposition, and in fact with outrageous shows of support from the same people who would have apoplectic fits if, say, a McCain or Romney regime were pulling the same disastrous stunts.

Currently, we have the “Iran Nuclear Treaty” deal. Of course, the “deal” was forced on Iran (which by all accounts and evidence is NOT seeking a nuclear bomb and does not have Imperial or colonial designs like the US and Iran’s closer neighbor, Israel).  Top Iranian officials signed the “deal” to, I am sure, alleviate some of the crippling economic sanctions that were hurting them. [That is, both the Iranian rich and the Iranian people. — the editor]

The treaty is one-sided and negotiated by a “super” power that has thousands of atomic weapons at its disposal, and, by the way, the only nation that ever used atomic weapons against civilian populations. The treaty is opposed by the colonist and Zionist state of Israel, which has hundreds of nuclear weapons on hand and has been shown to be like its benefactor: not opposed to brutally slaughtering innocents.

The same forces and organizations that have given Obama a free-pass when it comes to his crimes against humanity, are now in an uproar because the Republican sector of the US Imperialist state opposes this treaty and the “peace” NGOs are telling us that this “deal” is the “best chance for peace in the Middle East.” My response is “seriously?”

I have been asked to sign petitions and write letters to members of Congress to urge them to pass the treaty, but these petitions and letters NEVER mention the fact that the USA and the USA/Israel collaboration are in fact the biggest blocks to “peace in the Middle East” and are responsible for killing millions, directly or indirectly through terrorist proxies.

The state of Iran, with all of its issues, is NOT the major deterrent to peace in the Middle East or the biggest sponsor of terrorism. Plainly and simply, that would be the USA.

Considering the fact that the USA has never entered into a treaty it hasn’t broken (especially with indigenous populations), I am not sure what all of this cheerleading for this newest treaty is about, really. However, I suspect it is just another hammer to use to beat the dead horse of partisan politics with: “Democrats good and peaceful” vs. “Republicans bad and warlike.”

In my humble opinion, the best chance for “peace in the Middle East” would include, but not be limited to:

1)  The US removing all occupying forces from the Middle East and closing all Military bases and CIA /covert operations;
2)  The US stopping support to “terrorist” organizations such as al Qaeda and IS(IS);
3)  Israel ending its occupation of Gaza and territorial expansion with focus being on the right of return and a Palestinian state;
4)  The US paying reparations to the people it has harmed and giving aid for rebuilding and repair.

The US (under Obama) is greatly expanding its military/economic Empire to Africa and is trying to isolate Russia and China, so “peace in the Middle East” is actually just one piece of the Imperial pie.

The antiwar movement has been effectively neutralized by its affiliation with and devotion to the Democrat Party, but we as true revolutionary anti-Imperialists must never waver in our resolve to resist and smash the US Empire and to try to lead others to the same conclusions and principled action.