Lessons for the US Left from the Turkish Elections by Muhsin Y. 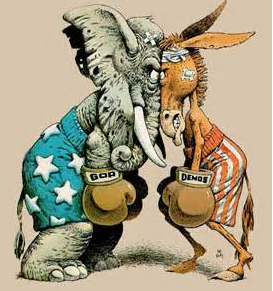 Obviously these are noble and correct goals. But there are concrete reasons why the proletariat do not flock to these ideas in practice. Obviously one may bring up the repression of genuine revolutionary socialist ideas by the state and its agents in every country. But, given that we assume the state is a bourgeois state and the bourgeois class as a whole is our enemy, we should expect them to resort to such tactics and examine our own failure to respond appropriately to them. In Turkey as in the US, the poor, on an everyday level, are concerned with many issues that, while they are the product of capitalist exploitation in the final instance, are primary contradictions to them today. Leading all the workers and the oppressed masses does not mean merely stating that you are their leader and expecting them to join up because you've promised to end exploitation and oppression. It means showing them that you are a principled group that actually struggles against and does not merely condemn in word the oppression they face, whether it is sexism, homophobia, the destruction of their environment, etc.
In all these areas the HDP has taken a real vanguard role, drawing in activists and civil society groups representing religious minorities, the LGBT community in Turkey, environmentalists, the women's movement, etc., and not only spoken out in their defence, not only been their by their side, but also leads them, step by step, towards unity and progress. For this, revolutionary socialist elements within the HDP have been accused by their rivals of "reformism" and "selling out". But it is this last point which is truly crucial for the US left to understand: Rather than building a party like this, the US left remains fragmented and directionless. Rather than building a party like this, the US left votes for the Democrats because they are "the lesser of two evils", and "there's nothing we can do now". Meanwhile, the HDP does not unite with the CHP, because they are nominal "social democrats" and many good people happen to vote for them out of habit. The HDP remains distant from the CHP (while of course building tactical alliances based on concrete circumstances), in spite of the widespread view among liberals that the CHP, as the second biggest party in parliament and the one which has the most forward-thinking voters (and some small number of basically democratic parliamentarians). Revolutionary socialists in the US in particular, and the US left in general, remain trapped in a sectarian fantasy world where their mere existence represents a vanguard role, and unfortunately, by the time many notice this, they fall on the opposite extreme and put trust in the system's own party (the Democrats) to hold back the tide of the Republicans' open reaction and enact some non-threatening reforms (as they are indeed capable of doing when it doesn't threaten the core of the system).

It is time for the US left to learn a lesson from the Turkish left. This is not merely to learn a lesson about "unity", but to start seriously examining their relationship to various observed rebellious dynamics against the system in place in the US. The US left, and revolutionary socialists the world over, must truly see the dynamics among the masses, must truly look for signs of progressive theory and practice from groups even outside of their particularly theoretical worldview, and work towards this unity. Unity does not mean when two Marxist groups declare that they agree on most things and are going to form a slightly bigger micro-sect together. Unity means a real unity of struggle, which already exists in the society, built on and through one's real participation in that struggle. In Turkey, this has been understood, and we must ceaselessly examine how to move forward in that capacity, electorally (through the HDP) and extra-electorally (through the HDK). In the US, the time is now to take further steps towards building a political movement of this character. The time is now.
Posted by Cindy Sheehan's Soapbox at 12:29:00 PM