Why? by Anthony Freda

Why are so many brave soldiers and veterans killing themselves?

Are they coming to the realization that they were never fighting for freedom and democracy as they were told?

Are they learning that the pretexts they are given as justification for endless war are actually warped, historical narratives designed to manufacture their consent?

Have they accepted the fact that the true, imperial geopolitical strategies at play are hidden from them and that their sense of patriotism

has been cynically manipulated by those who benefit from enriching and empowering the military industrial complex?

Are they becoming aware that a complicit media uses psychological techniques to promote endless war as the inevitable solution to every crisis,

ignoring and hiding the fact that these wars accomplish nothing but death, chaos and the empowerment of the very enemy they have ostensibly been sent to destroy?

Are they killing themselves not only because they have experienced the horrors of wars, but also the even greater horror of knowing that their criminal government

sent them into harm's way on false pretexts and that those in power place No value on their sacrifices or even their lives? 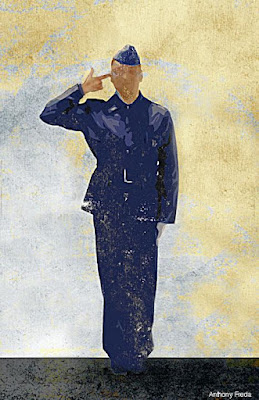