The Comeback Kid by Cindy Sheehan 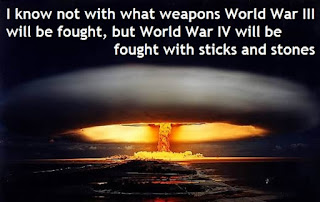 I recently received an email from an octogenarian correspondent who told me that he had been speaking with another octogenarian (age was his emphasis) and they had agreed that (and here’s where I come in) it was time for me to “make a comeback.”

I obviously cannot write about every email that pops in one of my inboxes, but with all the destruction being wrought by the Empire lately and with all the pre-POTUS election hype, I thought this one was interesting.

First of all, my immediate response was: “A: how can I make a ‘comeback’ when I have never gone anywhere? And; B: suggestions? Plans? Resources?” Nope, I was just supposed to somehow magically appear back on the TV set doing something to try and end the wars…again.

I recognized from the very beginning of the electoral resurgence of the Democrats (in an understandable, but reactionary response to the stain of Bush/Cheney) that not only would the wars not end, but the expansion of Empire and violence would continue with very little outcry from the anti-Bush reactionaries. This was back in 2007, and I have not been proven wrong in any way.

I inaugurated the podcast Cindy Sheehan’s Soapbox a few weeks before Obama started his first term as the Face of Empire and a major theme over these past seven years is the hypocrisy of Empire and the complicity of Democrats in oppression and war. Again, with my principled and articulate guests, the Soapbox has been an oasis of truth and radicalism in the desert of partisan hackery that has allowed the stain of the Obama regime to essentially get away with mass murder.


In the summer of 2009, I traveled with a handful of others concerned about drone warfare, spying, war, torture, etc "Under New Management" to Martha’s Vineyard where the Obama’s were taking their extravagant first vacation as First Family™. Many activities were organized and opportunities for press interviews, but there was little attention paid to this righteous action in the first year of the Reign of Obama. Since then, I have organized two antiwar camps in Washington, DC; a cross-country bike ride for peace (Tour de Peace); two political campaigns, and I have published five books. “Comeback?” From where? Corporate media obscurity, for sure, but it’s not for lack of trying.


Now, while people are waving the colonial French Flag and obsessing over doomed political campaigns (the 1% choose US presidents, not your 100 millionth of a vote), the dire reality is that it seems the global 1% and its lackeys are edging the world backwards into  World War (Fill in the Blank).

Yes, I look at the “socialist” candidate (Democrat) who is making all kinds of “pie-crust promises” (easily made, easily broken) of wonderful social programs with whipped cream and a cherry on top, but he is also in favor of drone-bombing and imperial wars.

I am open for suggestions for organizing an end to World War Forever, but I believe the only way the Empire and its many wars, occupations, bombings, and other crimes will end is when the people awaken and rise up against political partisanship and dive all in for peace with justice and recognize that while one person is suffering under the hobnailed boot-heel of the US war machine, we who live here are not safe.

Nor should we be.