Creatures of the Day by Cindy Sheehan 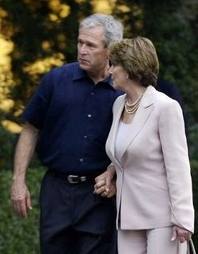 Creatures of the Day
Cindy Sheehan

*a fictional or imaginary being, typically a frightening one.
"a creature from outer space"


Donald Trump is a scary creature who has been making some wildly fascistic statements particularly about Muslims and “illegal” immigrants on the campaign trail. In my opinion, he is a clown who is beneath contempt, but many Americans are flocking to his campaign, not because they love Trump, but because many of our fellow USAians are closed-minded bigots.

On the other side of the easily bamboozled, others are flocking away from his campaign to the creatures on the other side of the aisle because they must believe the hype: hype is what gives some hope. (“There’s a sucker born every minute”). Trump is being called “anti-American” for his statements, but Trump is unfortunately articulating the worst part of what it really means to be “American” in the tradition of the most abusive and violent Empire in human history. Maybe a class on what it REALLY means to be an “American” is in order?

If we lived in a just and compassionate society, Trump would be properly ostracized.


Obama is another a creature who not only walks free (as free as one can with a phalanx of over-armed security). Trump agitates hatred for Arab-Muslims, but Obama is a mass-murderer who has been responsible for murdering tens of thousands of them. Obama has dramatically increased the police state here in the US and no Demo-libs are calling him “fascist.”  Where is the tingle of intellectual inconsistency when Trump routinely is attacked for his statements about immigration after the Obama regime’s immigration policy has deported more immigrant workers and separated more families than any other president before him? There is no disconnect with Demo-libs because justification for Obama’s crimes has become an Olympic level training event for them.


Hillary Rodham Clinton is an imperialist warmonger with decades behind her of supporting war and economic terrorism around the world. As US Secretary of State, she out-war mongered the war mongers at the War Department. The only description that can be made of Clinton’s glee over the horrendous murder of Qaddafi in Libya is “euphoric cackling.” Many of Clinton’s supporters are in denial about her being the Head Demo-lib Cheerleader for the invasion of Iraq, but the proof is out there.

All of these creatures are just by-products of Imperialist-Capitalism and the problem with these periodic elections is that most voters here in the USA believe that the real issue is with personalities and not systemic oppression and propaganda.

What do we really believe is more influential in the sham of US elections?

It is my opinion, which has been born out by history, that presidential elections, in particular, are major distractions and time/energy vampires of the working class. This is true especially when workers/voters do not organize to support candidates or issues that would actually benefit the working-class; instead rallying around creatures of the prevailing political establishment who are apparently there to demobilize the profound power of workers united.

Why do I call the political personalities of the “Demopublican” Party, “creatures?” Most people say, “Donald,” “Hillary,” “Bernie,” “Jeb,” or “George,” when referring to these creatures like they are our friends. For the most part, these people do not share or care about our values or what we need to not just survive, but thrive—they send our young to kill or be killed and then live their lives in the light of day. They don’t behave like humans with feelings or compassion—they behave like frightening beings, not from “outer-space,” but emerge from the capacity of the masses to believe the lies of the Empire. We are also taught to believe that the masses are not entitled to the peace and prosperity which the creatures enjoy at our expense.

Creatures of the day are shameless and deserve nothing but contempt and prison.