Kissinger to Kurds: F*ck ‘em if they can’t take a joke! | Mickey Z. 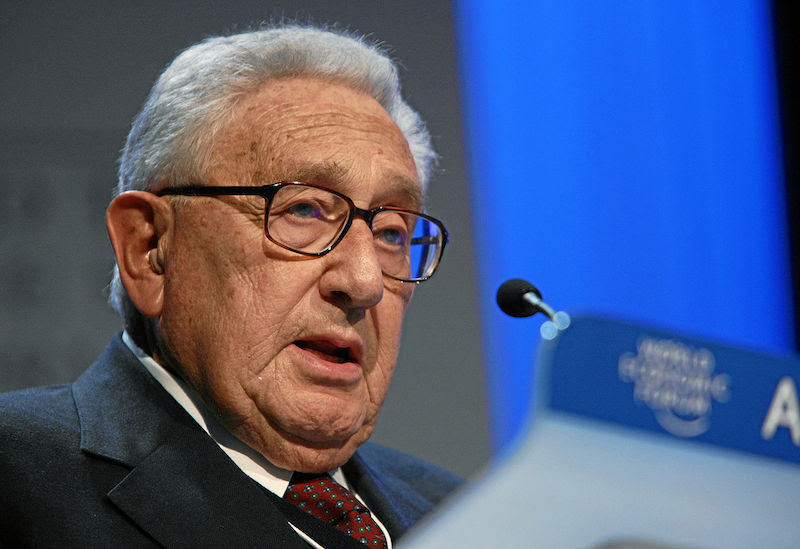 The newspaper of record detailed the carnage but barely touched on historical context beyond: “The Kurds are a geographically dispersed minority whose aspirations for autonomy date back decades.”
Since the Kurds are the largest ethnic group in the world without their own country (a population as high as 40 million) and have often been used as geo-political pawns, it seems as good a time as any to remind readers how the Land of the Free™ and criminals like Henry Kissinger operate.

In 1975, in the midst of a border dispute between Iraq and the Shah of Iran (major U.S. Ally), then-Secretary of State Kissinger secretly and manipulatively channeled $16 million in military aid to Iraqi Kurds.

The Kurds succumbed to the spin, believing Washington was finally supporting their right to self-determination. In reality, the United States was using the Kurdish rebels to sap the resources of the Iraqi regime and coerce them into a settlement.
That settlement came at the 1975 OPEC summit, at which time the United States promised Iraq that support for the Kurds would be immediately withdrawn. As Iraq subsequently wiped out the Kurdish rebels, Kurdish leader Mustafa Barzani sent a message to Kissinger. It read in part:

“Our movement and people are being destroyed in an unbelievable way, with silence from everyone. We feel, your excellency, that the United States has a moral and political responsibility towards our people, who have committed themselves to your country’s policy.”

One can easily imagine Kissinger getting off on being called “your excellency,” while cringing at the concept of moral responsibility, but he did not directly reply to Barzani. Instead, he instructed a staff member: “Promise them anything, give them what they get, and fuck them if they can’t take a joke.”

When asked to explain America’s duplicity towards the Kurds, Kissinger delivered a one-liner that effectively sums up the perpetual purpose of phallocentric, necrophilic U.S. foreign policy: “Covert action should not be confused with missionary work.”

Let’s keep this in mind as we peruse this year’s corporate media headlines and listen to the latest candidate-criminals pontificate about their “plans” for tackling the “crisis in the Middle East.”

"Kissinger to Kurds: F*ck ‘em if they can’t take a joke!" by Mickey Z. is licensed under a Creative Commons Attribution-ShareAlike 4.0 International License.
Posted by Cindy Sheehan's Soapbox at 3:08:00 PM