Who are THEY? by Anthony Freda

THEY are the people who fabricated the pretexts to the Vietnam War and the Iraq War.

THEY are the people who spy on us illegally and call the whistleblowers who expose their crimes traitors.

THEY denied they were spying on us for years despite evidence to the contrary and at the same time they were building a vast, illegal technological prison around us.

THEY are the ones who commit war crimes with impunity and jail those who reveal their murders.

THEY are the ones who torture and imprison people outside of any legal or moral framework.

THEY are criminal bankers who are rewarded with bailouts instead of indictments for their crimes.

THEY make billions destroying the economic future of millions with Ponzi schemes and then blame their victims.

THEY are the complicit media who protect the people who are committing crimes against humanity instead of investigating and revealing them.

THEY are the ones who write talking points like the question "Who are They?" in an attempt to portray people who question the motives and morality of global planners as paranoid.

THEY are being exposed by brave whistleblowers and investigative journalists and their days are numbered. 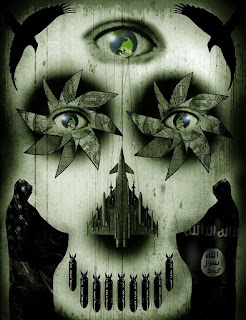