So long as they are used to enforce imperial control of the citizenry.

OK,  then why is he arming a record number of NON-Defense Department Federal Officers with firearms, (Including arming IRS agents with AR-15s)

Do we live on a battlefield?

Some of those weapons were delivered to terror groups and are being used against US troops.

Maybe his control should start with Self control. 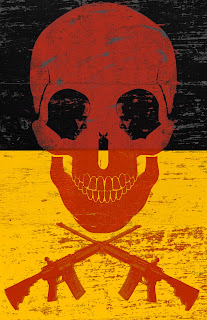