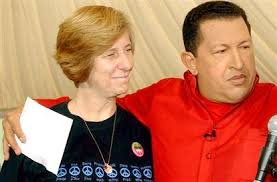 Due to my antiwar camp outside of George Bush’s fake ranch/vacation home in Crawford, Texas (Camp Casey) in 2005, I have had more than the average amount of contact with the corporate media. The corporate media, which is owned by a handful of global media conglomerates (that do profit off of war) have demonstrated pretty thoroughly that they are experts in lies, half-truths, distortions, demonization, and passing on the agitprop of the Pentagon and “security” state verbatim, as gospel. No matter who says it, the corporate media are actually “enemies of the American people.” Of course, I would further expand that to include that the corporate media are enemies of all people.

I’ll briefly share two of the dozens of personal experiences I have had with the Mouth Pieces of Empire and Capitalism to illustrate my points.

The first one happened early in our encampment in Crawford, Texas. I was doing at least 20 interviews per day and I would go to bed with a raw throat around 2am every morning, to get up around 5 or 6am to begin all over. One of my major complaints since my son Casey was killed in Iraq in 2004 was that the corporate media did not do their job as “Fourth Estate” to fully investigate and expose the lies that were being told by members of the Bush regime and other reliable warmongers on the Democratic side, like Hillary Clinton.

So, I was invited to be on CNN (remotely) with host Anderson Cooper. When I told him that I not only blamed the Bush regime for telling the lies that led to so much death and destruction, but also the media for not investigating the lies, he said, “Well, Cindy, we can only ask the same questions so often.” I don’t remember exactly what I said, but it was something like, “aren’t you supposed to investigate what politicians say, not just ask questions to keep getting the same lies back?” Well, he DID NOT like me challenging him like this and instead of investigating the lies that led to the war that killed my son, he personally came out to Camp Casey in Crawford to investigate and do a hit piece on me. My dear, recently departed sister, Dede Miller, was there and Anderson Cooper was lucky to escape Crawford fully intact.

“In response to Sept. 11, the Pentagon’s publicity department organized at least 161 ‘outreach’ meetings with retired military officers serving as television commentators on the war effort. The Pentagon provided this select group with high level briefings, showering them with talking points and otherwise equipping them to be media defenders of administration policy. The meetings were suspended in 2008 amid a first wave of reports alleging improprieties. The inspector general responded with a defense of the outreach program in 2009, but his initial report was so full of errors that he retracted it and went back to the drawing board.”

Not to mention the infamous and disgraced Judith Miller and the New York Times blatant and admitted lies to foster a climate of fear and then acceptance of a subsequent invasion of Iraq. Back in 2002 and 2003, it was impossible to avoid all the propaganda about Iraq and WMD and Saddam and his connection to Osama bin Laden and 9/11, etc. If you were a journalist in corporate media like stalwart Phil Donahue who did question the inevitable invasion of Iraq, you were likely fired. Not only was this Fake News used to support the unimaginable disaster of an invasion of Iraq, the Fake News outlets are complicit in murder on a massive scale. To call this episode “shameful” is far too nice.

After Camp Casey, I was invited to the World Social Forum in Caracas, Venezuela in the winter of 2006. I was fortunate enough to be able to spend a lot of time with then president Hugo Chávez: someone who was the subject of a boatload of Fake News himself. Of course, the global corporate media had a field day with me meeting with and apparently also liking and admiring the “communist dictator;” “anti-American,” “Venezuelan strongman.”

A few months after my visit to Venezuela, I was invited to be on MSNBC’s “Hardball” with Chris Matthews, who actually only plays softball with the ruling-elite. This day, however, there was a guest host named, Norah O’Donnell.

I was allegedly invited to talk about a fast that I had just begun with hundreds of others called, “Troop Home Fast.” (During the interview there was a little caption that read, “Starving for Attention” under me). Anyway, Norah introduced me as the woman who “met with ‘communist-dictator’ Hugo Chávez of Venezuela.”

After the introduction, the show went to a fake break and I said, “Norah, Chávez is not only NOT a communist, he is not a dictator, he was democratically elected several times and survived a coup attempt because his people stood up for him.” I am not lying, or even exaggerating a little when I tell you her unabashed response to me: “We know that, but we had a meeting today and decided to call him that, anyway.”

Once the horse is out of the barn, it’s hard to get back in. I spent the rest of the segment defending Chávez and the Bolivarian Revolution in Venezuela, but people heard “communist dictator” in regards to a person who was really a populist only leaning towards socialism. So, that’s what most people believe, because it’s what the media told them to think and believe.

I had many other experiences with the media and, if it wasn’t friendly media, most of the experiences had a tinge or splash of lies or twisted truth. Why? How can a mother whose oldest son was sacrificed on the altar of Imperialism not be grateful or honored by that death? It’s so very un-American to oppose war and other police state oppression.

Now, the media in collaboration with the CIA, is foisting another huge lie on the very gullible USAian public: Russia/Putin hacked the elections in 2016 to insure a Donald Trump victory.

Why is this Fake News so important to propagate? First of all, the establishment really wants and profits off of increased hostilities with Russia. Thawing of the Cold War led to detente and the end of a ready-made enemy, the USSR! Consequently, the neocons had to work with the media to foment a fear and hatred of another “ism:” terrorism.

Secondly, Donald Trump openly criticized the US intelligence community even comparing it to “Nazi Germany.” I can’t recall any president EVER being so hyper-critical of the CIA and whether Trump is a super-moron, or just clueless, this is what one of the Senators from New York had to say about it:

“Let me tell you, you take on the intelligence community, they have six ways from Sunday at getting back at you,” Schumer told MSNBC’s Rachel Maddow.

I took on Fake News (among other things) and got slammed, Trump took on the deep state and is getting his buttocks handed to him by the Fake News.

Many “liberals” are passing on the Fake News about Russia and meddling in US elections and kind of conveniently forgetting the Clinton campaign was planting stories to its friendly media and Donna Brazile, who was at CNN at the time, was even giving debate questions to Hillary Clinton before the debates. Was that not meddling in elections to favor a certain candidate? By the way Wikileaks has repeatedly denied that it got the hacked Podesta emails from Russian sources and many well-respected and informed people are certain it was an “inside job” and someone from the campaign leaked them.

It’s harder to become a responsible consumer of news and information and to not just gorge on and regurgitate Imperial Propaganda, but essential if one wants to be truly informed. Then if one is truly informed, I feel that then we are forced to take action against this vicious Empire.

One of the sources I recommend for truth and intelligent analysis is this one: The Revolutionary Organization of Labor, USA, newsletter. It may only come out six times a year, but every issue is rich with timely articles and in-depth analysis by Ray Light, the editor.
This article first appeared in ROL, USA NL #101
Posted by Cindy Sheehan's Soapbox at 7:51:00 PM