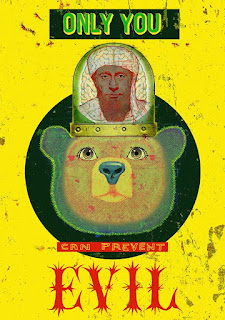 Julian Assange has suggested before, it was not the Russians who leaked verified email evidence of DNC malfeasance, it was staffer Seth Rich.You know, the same guy who also just happened to be murdered soon after Wikileaks published the damning information.

Now there is evidence that Rich was in contact with Wikileaks.
During a subsequent television interview in August, Wikileaks Julian Assange appeared to confirm that Rich was the source for the DNC leak, dismantling the claim that Russia was responsible for the leak.

Rod Wheeler, a private investigator hired by the Rich family, has now stated that Rich’s laptop contains proof that he was in contact with WIkileaks before his death and that DC Police were ordered to cover it up.

“I have a source inside the police department that has looked at me straight in the eye and said, ‘Rod, we were told to stand down on this case and I can’t share any information with you.’ Now, that is highly unusual for a murder investigation, especially from a police department,” said Wheeler.
Rich was murdered in a posh area of Washington DC on June 8 last year but the killers did not steal anything from the victim, making the police’s explanation that the incident was a robbery and murder doubtful.