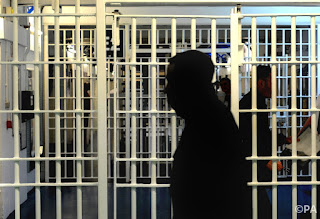 Incarceration Under Capitalism, A Quick Introduction
By
Dakotah Lilly

The purpose of incarceration is to perpetuate the ruling ideology of the wealthy elites. Some people may say that the stated goal of incarceration is to rehabilitate or punish those for harming others. If this were true, why aren't the biggest criminals in the world such as Hillary Clinton, Barack Obama, and George Bush incarcerated, while Chelsea Manning, Lynne Stewart, Mumia Abu Jamal, and the Cuban 5 have been? The leaders of the majority of western nations all fit the definition of a war criminal, yet no accountability is reserved for them. This is at the same time as millions of Americans are incarcerated for non violent offenses and statistically will be back in prison once incarcerated a first time. George Bush and Tony Blair lied us into a war in iraq that has caused the deaths of millions of people, not to mention the misadventure in Afghanistan. Barack Obama attacked the nation of Libya, a direct cause of the rise of ISIS, as well as conducting indiscriminate drone strikes in the nations of Iraq, Somalia, Libya, Afghanistan, Pakistan, Yemen and Syria. Neo Nazi’s in Ukraine as well as Wahhabi terrorists in Syria enjoy the support of our government under Obama and Trump. It is clear that modern justice is not blind and that accountability for the worst criminals among us is still a pipe dream under the current system of imperialist capitalist exploitation, and the evidence for this is astounding in far too many cases.


The case of Mohamedou Ouid Slahi is further evidence of this. This is an individual that traveled to Afghanistan decades ago in order to provide support for the mujahideen. The Mujahideen were organized around the goal of toppling the secular and independent government of the People’s Democratic Party. The mujahideen would later become a stepping stone to organizations such as Al Qaida and Dae’sh. This is the same organization that the United States provided everything from logistic, to financial, to armored support in order to spread its global doctrine of capitalism and exploitation. Cristina Fernandez, a former president of Argentina was correct in her assertion to the UN that “to the United States, yesterdays freedom fighters are todays terrorists”. The United States is the same nation that held Slahi for over a decade without trial for allegedly supporting organizations the United States 100% did support. This is again, evidence of the two tiered injustice system that exists to only perpetuate capitalist ideology and exploitation. Why is it that none of the people in the NSA, CIA, FBI, or anybody else who had a say in the arming of the Mujahideen have been arrested or attested for their crimes? Why is it that none of the people who tortured Slahi and put him through sexual, physical, and emotional distress, nor any of the people who ordered it or turned a blind eye to it, have been held accountable? Our justice system does not try to hide the fact that it is a tool for the state to exercise its ruling ideology’s dominance, yet so many people remain blind.

More evidence to support my claim comes in the testimony of Susan Rosenberg, a member of the Weather Underground accused of possessing explosives, participating in the bombing of the US capitol in 1983, and aiding in the escape of Assata Shakur, another radical, from prison. The weather underground was a notoriously left wing, militant, anti imperialist organization with the goal of fostering revolutionary activity and struggle in the United States. Rosenberg was found guilty of possessing explosives, and sentenced to 58 years in prison, which is sixteen times the average sentence for the same crime. During the 16 years that she served her time she was subject to solitary confinement, a form of punishment commonly used in the United States that many believe amounts to psychological torture. There could be several reasons for this as explained by my thesis. One reason could be that she was made an example out of. Rosenberg was one of the first people subject to the “High Security Unit”, a solitary unit that the American Civil Liberties Union called a “living tomb”. Another reason could be interpreted as purely punitive. There is no doubt as to whether solitary confinement amounts to punishment, but is that really all the state is hoping to invoke? To confine somebody is to take away their autonomy, and in a solitary manner is to ensure that no interaction happened between Rosenberg and other inmates. Many inmates do not become radicalized politically until their incarceration. Imagine if all inmates in the United States suddenly had access to the theory and ideology of somebody such as Susan Rosenberg. Such revolutionary anti-state ideology being directly provided to other inmates would no doubt lead to more difficulties for the state and its institutions such as the police and prisons. To lock her away and throw away the key was to completely shut down the revolutionary speech that Rosenberg would have no doubt invoked much more if not for the employment of such psychological terrorism as solitary confinement.

Many people for instance when looking at the case of Guantanamo detainees and more specifically Slahi, would just say that there is a reason these people are incarcerated and that this evil must be combated. However, in cases such as these perhaps it is helpful to call upon the wisdom of dialectical materialism. Under what circumstances and societal expectations were any of these people incarcerated, tried, or under what circumstances were the crimes they are guilty of, committed? Nobody wakes up one day and decides to be a terrorist, but after years of toppling governments, torturing people, killing children with bombs and sanctions alike, instilling dictatorships, and supporting terrorism, it is hard not to see the reasoning some people have for forsaking the traditional bourgeoise justice system talked about earlier, in favor of a sort of swift justice used by the original criminals who reside in the palaces and boardrooms of the west and western backed dictatorships. In this, there can be no debate. The justice system as it prevails in a large amount of the world is a smokescreen used to hide the gross injustices of imperialism and capitalism.

Evidence of this inhumane system prevailing in a large percentage of the world is the death penalty, or as many call it, state sanctioned murder against the poor, black, latino, and all around disadvantaged. “They will not talk about the thousands of men and women serving lesser sentences for similar or even identical crimes. Or others who by virtue of their wealth and their ability to retain a good private lawyer, are not convicted at all. The criminal court system calls itself the justice system, but it measures privilege, wealth, power, social status, and last but not least, race to determine who goes to death row” (Abu-Jamal, 6). Abu-Jamal is yet another case of blatant disregard for justice and what is right by our diseased capitalist system. Black and Latino men disproportionately make up our prison population, those unemployed, those in poverty etc, although all of these social ills of capitalism also affect white people as well. Black people are incarcerated more often and for longer than white or asian populations who have been convicted of the same crime. Law professor David Baldus and statistician George Woodworth, along with colleagues in Philadelphia, have conducted a careful analysis of race and the death penalty in Philadelphia which reveals that the odds of receiving a death sentence are nearly four times higher if the defendant is black. This is not only because of systemic racism and white supremacy, but also because police routinely terrorize and target communities of lower incomes and poverty, and these are two issues among many that affect black people more than any other group.

“When you don’t oppose a system, your silence becomes approval for it does nothing to interrupt the system” (Abu-Jamal, 11). This quote by Mumia was as true then as it is now. However it should be noted what happens to those who do challenge this system and those that support its exploitation. From flooding inner cities with drugs, to sabotage, bombings, murder, blackmail and other aspects of COINTELPRO, the ruling class and its subsidiaries have shown no mercy in keeping their dominant paradigm in tact. Take for example the MOVE bombing, which included the leveling of several blocks of poorer neighborhoods in Philadelphia. The police force of Philadelphia acted as judge, jury and executioner against not only the people that died, but also the people that were injured and left homeless from the incineration of several blocks of housing. “The mandate to practice social justice is unsettling because taking on the struggles of the poor invariably means challenging the wealthy and those who serve their interests” (Prejean, 5). Sister Helen Prejean sums up that we are against when we challenge the global narrative and argue that a better world free of exploitation is within reach. We are up against the most powerful interests in the world, and their ruthlessness is evident in their treatment of people like Mumia, Lynne Stewart, Leonard Peltier, among many others.

Dakotah lilly is a 19 year old anti imperialist, revolutionary socialist. He is a co founder and organizer with students and youth for a new America and is a frequent guest on PressTv. Facebook: facebook.com/Dakotah.lilly.9
Twitter @dakotah4prez 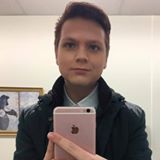