Cindy's Interview With The San Francisco Review of Books!

Interview: Cindy Sheehan explains what happened to the antiwar movement after Barack Obama

Being antiwar might be fashionable in one of our country's major parties now and again, but Democrats and Republicans alike tend to fall in line behind military action whenever it suits their respective agendas.


The loss of life, destruction of property, and psychological torment which result from this cannot readily be put into words -- perhaps not under any circumstances.

Preventing even a single drop of unnecessary bloodshed has been Cindy Sheehan's mission for some time.

Her "public opposition to the wars in Iraq and Afghanistan began after her son was killed in Iraq in 2004. Sheehan’s vigil outside U.S. Pres. George W. Bush’s ranch in Texas in 2005 received international media coverage and established her as one of the most visible and controversial figures in the antiwar movement at that time," the Encyclopedia Britannica's Sabrina Worsham explains.

Sheehan has done much since then. She recently spoke with me about many timely topics. Some of our conversation is included below.

Joseph Ford Cotto: This is surely one of the most polarized eras in American politics. Nonetheless, the antiwar movement has not taken center stage in recent protests. Why has it, more or less, been sidelined?

Cindy Sheehan: My theory about the antiwar "movement" not being center stage in recent protests is because the protests (around immigration and women's rights in particular) have been organized by liberal Democrats (Demo-libs, I call them). Demo-libs usually only choose issues where a clear difference between DNC and GOP can be shown. Of course, after eight years of Obama's demented foreign policy, those Demo-libs cannot protest Trump's acts of aggression, because it always puts a bad spotlight on the Dems.

For example, after Trump's recent bombing of the air field in Homs, Syria, both Chuck Schumer and Nancy Pelosi (minority leaders of
Senate and House), came out in support of it.

Cotto: After Barack Obama was elected president, the antiwar movement seems to quiet down a bit. Is this actually the case, or simply a matter of inadequate media coverage?

Sheehan: So, I think the antiwar movement actually quieted down in 2006 after the Democrats took over majority in the House of Representatives. In 2008, for example, United for Peace and Justice refused to have a large antiwar protest on the 5th anniversary of the invasion of Iraq because it would, "embarrass the Democrats."

Cotto: What would you say are the goals of the modern American antiwar movement?

Sheehan: I would say to end wars and reduce the USA's military footprint all over the world.

Cotto: Many antiwar activists speak about pacifism as a viable alternative to all forms of combat. In your opinion, is this a practical viewpoint?

Sheehan: Personally, I am not a pacifist and recognize and individual's right to self-defense---and, obviously, a community or sovereign state has the same rights. Unfortunately, because my own son was killed in Iraq by a person who was defending his/her community.

I think as a movement we start from the position of non-violent protest and 10 times out of ten, when I have seen violence, it has been
instituted by the police or other law enforcement.

Cotto: During the years ahead, do you expect the antiwar movement to gain popular support?

Sheehan: Maybe if forced conscription (lord forbid) is reinstated. I think the movement is moving towards being against the budding fascism of the Trump regime.

Joseph Ford Cotto: Since Donald Trump succeeded Obama, and even during the 2016 general election, war-hawks became much friendlier to the Democratic Party, and vice-versa. Meanwhile, antiwar voices saw their volume diminished. What might account for this?

Cindy Sheehan: It's similar to what I said in my first answer--at least during the campaign in 2016, Hillary Clinton was seen as far more hawkish that Trump; for good reasons. There was even a "Neocon for Hillary" Group.

I still believe Clinton is a bigger hawk than Trump and it's interesting, but I don't think coincidental, that just hours before Trump bombed the aforementioned air field, Clinton publicly said it should be done.

Cotto: Nowadays, skepticism of military adventurism is more pronounced in the GOP than at any other time since the years leading up to World War II. How did the antiwar movement's principles find a welcome audience among Republican ranks?

Sheehan: I am not sure what is feeding the skepticism in the ranks of the GOP? I know for the antiwar movement, we care for lives here and abroad and want the death and destruction to stop. I think being anti-interventionist (like Ron Paul, for example), may still be a little imperialistic: caring how the wars affect the USA before how they affect the occupied and attacked innocent populations.


Cotto: During his campaign for the GOP presidential nomination, Trump spoke negatively about George W. Bush's policies regarding Iraq. In the process, Trump voiced concerns of the antiwar movement which, until recently, were lambasted by virtually all Republican politicians. Looking back, what did Trump's acknowledgment of antiwar perspectives mean for the movement's future?

Sheehan: I know a lot of my colleagues and friends encouraged a vote for Trump based on those aspects of his rhetoric. I, myself, think it's really dangerous to be sucked into the bourgeois politics of the DNC and GOP. If we are to survive as a movement, I think we need to be principled and non-partisan.


Cotto: The Democratic Party, whose most recent presidential nominee -- Hillary Clinton -- and prevailing establishment figures are generally hawkish, now opposes anything Trump supports. Over the years to come, might the traditionally leftish antiwar movement and most conservative voters, who have come to dislike George W. Bush and his neoconservative ideology, form an unlikely alliance?

Sheehan: I hope so because there is strength in greater numbers.


Cotto: More than anything else, what motivates the antiwar movement?

Sheehan: Love for all the peoples of the world. 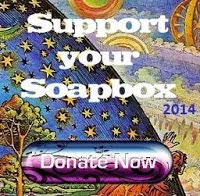