Join the Women's March on the Pentagon by Cindy Sheehan

Join the Women's March on the Pentagon
by Cindy Sheehan

On October 7th, 2001, the U.S. invaded Afghanistan under the pretext of apprehending those allegedly behind the attacks on the Twin Towers in 2001, when in reality the invasion was on behalf of US imperialism’s endless quest for maximum profit. U.S. forces have remained in active occupation, making the illegal and immoral war on the people of Afghanistan the longest foreign occupation in U.S. history.

While the illegal and vicious occupation of Afghanistan is the longest foreign occupation in U.S. history, we recognize that the genocide against native populations and oppression of Africans who were forced to come to the burgeoning Empire to become slave labor, have been centuries long and ongoing imperial crimes against humanity.

In the 20th and 21st centuries the United States has been enmeshed in one war after the other (both overt and covert) under Democrat and Republican regimes alike; imperialist war is the one thing those scoundrels in WashedUp, DeCeit can really work together on. Literally tens of millions of people have been killed and many times more left to pick up the pieces of this destructive, anti-human “ruling-class” agenda.

In response to ongoing U.S. military aggression across the globe and the continuing bi-partisan increases in Pentagon funding we are calling for a 21st century March on the Pentagon on the 51st anniversary of the massive 1967 march and all the subsequent marches. The bloated military budget is draining our communities and families dry of precious blood and treasure while decimating nations and peoples who have done nothing to us.

The working title, “Women’s March on the Pentagon” is in direct response to a leader in the recent women’s march who said,  “I appreciate that war is YOUR issue Cindy, but the Women’s March will NEVER address the war issue as long as
women aren’t free.” 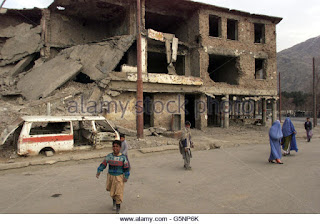 It is the belief of many of us that NO woman (or man, or child) is free while the U.S. spends trillions of dollars bombing millions and militarily occupying over 170 countries around the world. Why make partisan and reformist demands when the USA is the biggest existential threat to humanity?

Our demands are simple: The complete end to the wars abroad; closure of foreign bases; dramatically slash the Pentagon budget to fund healthy social programs here at home: the only good empire is a gone empire.

The antiwar/peace, anti-Imperialist voice has been shut out of, or marginalized by many protests and movements especially since Trump was inaugurated. We are in solidarity with most social and environmental movements, yet many refuse to address war and the preparations for war. War affects us all in one way or another. War destroys the natural environment. The March on the Pentagon will not degenerate into a Get out the Vote Rally for the complicit and blood-drenched Democrats.

The “doomsday nuclear clock” currently stands at two minutes to midnight, and with the threat of nuclear annihilation becoming an incomprehensible reality, WE MUST MARCH FOR PEACE AND AGAINST THE WAR MACHINE AND FOR THE COMPLETE DISMANTLING OF THE VAST U.S. NUCLEAR ARSENAL.

****.
It is not in my nature to be alarmist and I am not opportunistically fear-mongering based on the fact that there is a Trump in the White House—I organized at least a half a dozen events during the Obama regime with his able and willing allegiance to the War Machine and Wall Street funders—but I truly believe that the very continuance of life on this planet is at stake. I am not willing to sit on the sidelines while the evil empire in which I was accidentally born endangers the safety and lives of over 7 billion people on this planet, my children and grandchildren included!