Poking the Bear (REPRINT OF ARTICLE DECEMBER 2016) by Cindy Sheehan 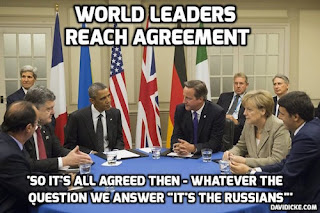 It won’t come as a surprise to many reading this that the US has been sowing seeds of imperial disaster around the world for several centuries, but not since the “Cuban” Missile Crisis has the world been on the brink of such a disaster as the US has put all of us in right now.

What’s happening in Syria today has been going on for over five years and is not a civil war. The conflict began as a US funded and supported effort to depose President Bashar Assad and install a puppet government in Damascus friendly to US interests. I am sure there are some legitimate forces in Syria who oppose the government of Assad, but the US does not care about democracy: after all Assad was elected by his people.

Also in Syria, dozens of militias are not only trying to overthrow the Assad regime, but are fighting each other. The ranking Democrat on the US Congressional House Intelligence Committee is uber-Zionist Adam Schiff of California. Recently Schiff said of the phenomena of CIA funded militia fighting Pentagon militia in places like Aleppo: “It’s part of the three dimensional chess game.” This chess game played by empires for millennia profit the wealthy and as always, the citizens of the country pay the heavy price.

The US has long provoked weaker countries like Afghanistan and Iraq which had little hope of retaliating, but have used what resources they do have to fight off US imperialism. However, this provocation of Russia in places like Syria and Ukraine seems to be the height of arrogance and stupidity for a nation not known for much restraint when it comes to war, anyway.

For many years, Vladimir Putin (although blamed for everything from Crimea to email hacks) has been the rational actor to this insane US provocation, but the Russian Bear is getting ready to fight back: reportedly holding civil defense drills, warning Russians abroad, and even testing nuclear missiles. The Bear can only be poked for so long before it roars and the inevitable result is another world war that could really be the “War that Ends all War” and we as a species.

Some of us here in the US see no hope for the misleaders here to provide some sanity in its foreign policy. Recently, in the US presidential debate between Hillary Clinton (D) and Donald Trump (R), the war criminal Clinton (just as bad as her husband, the Bushs and Obama before her) reaffirmed her hardcore stance to go to war with Russia, through Syria, if necessary. Clinton also declared her support for a No Fly Zone (NFZ) over Syria which the chair of the US Joint Chiefs of Staff Joseph Dunford said would require 70,000 US troops to maintain and would definitely mean war with Russia.

The only thing that can really stop ruling-class carnage is a force of the International working-class organized around socialism, national sovereignty, and the demand for workers to refuse to be used as “hired killers for Capitalism.”

Our very survival as a species could depend on such international solidarity.