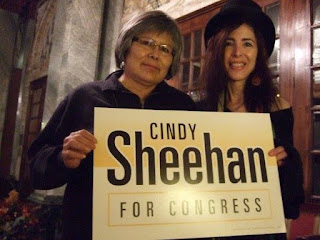 Ann Garrison on the right (only in the picture)

Speaking Truth to Empire on KFCF 88.1 independently owned and locally operated since 1975 in Fresno,. Dan Yaseen interviews Ann Garrison. Ann is an independent journalist and a columnist based in the San Francisco Bay Area. Her articles appear in Counterpunch, San Francisco Bay View, Global Research, the Black Agenda Report and the Black Star News. She produces radio for KPFA-Berkeley and WBAI-New York City. In 2014, the Womens International Network for Democracy and Peace awarded her the Victoire Ingabire Umuhoza Democracy and Peace Prize for her reporting on conflict in the African Great Lakes region.