Women's March on the Pentagon: "WOMAN-I-FESTO" Security through Peace 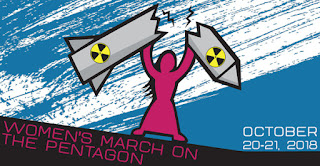 There is an imperial saying, "Peace through Strength,” which means that the stronger the US military is, the more peace there will be. Obviously, this is completely wrong and the opposite is true.

Dennis Kucinich with his Department of Peace idea changed the saying "Strength Through Peace,” which is better than promoting the farce that only peace can be achieved through killing and destruction, but we at WMOP believe that security is far more important to women as an idea than is strength.

Women must feel secure in their homes, on the streets, and in their communities. War is the macro-expression of violence and contains all of the aspects of violence against women: murder, rape, other sexual assault and brutality; the murder/rape of her children; the destruction of her home/community; starvation, illness, terror: insecurity.

Domestic violence and sexual assault/rape/harassment at home, at school, or in the workplace are the micro-expressions of violence against women.

The Security of a World Free From Nuclear Power and Bombs

The Security of Emancipation from Patriarchy and Imperialism

The Security of Renewable and Sustainable Energy and a Healthy Earth

The Security of Clean Water and Whole Foods

The Security of Free/Decent/Accessible Education from Pre School-University

The Security of Police Forces Accountable to their Communities

The Security of Homes Free From Domestic Abuse and Violence

The Security of Supportive Communities and Social Safety Nets

The Security of Reproductive Freedom

The Security of an Early, Healthy, and Financially Secure Retirement

How Will We Get From Today to “Security Through Peace?”

The Women’s March on the Pentagon (WMOP) is a non-partisan march against the bi-partisan war machine, WMOP can categorically state that we ARE a movement that is free from patriarchy, Democrat Party control, and the hypocritical energy of Dem loyalists. We are not afraid of holding a major protest a few weeks before the mid-term elections. We are not only anti-Trump; we are anti-Imperialism. Some activists have actually said to me, "Cindy, you can't have an antiwar march so close to the mid-term elections, you'll 'harm' the chances of the Democrats!" My response always is, "What does that say about YOUR party that you're afraid an antiwar march will 'harm' them--you need a new party!”
WMOP is also a movement that is organizing around the energy of being internationalist and advocates for ALL women and their families around the world which is emancipated from the constant propaganda of war and war terms--we don't have to "fight" the powers that be, we just ARE the powers that be. We don't want a "seat at the table," we are BUILDING AND OWNING THE WHOLE DAMN TABLE.

Our first action is a weekend of activity: workshops, a children’s festival, culminating with a March on the Pentagon, rally, and a chance for sustained civil resistance at the Pentagon.

We take our inspiration from the first Women’s Pentagon Action on November 17, 1980 and the first large March on the Pentagon on October 21, 1967

DONATE TO WOMEN'S MARCH ON PENTAGON 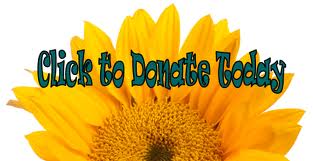