Women's March on the Pentagon Goes to America's Mordor (Progress!) By Cindy Sheehan 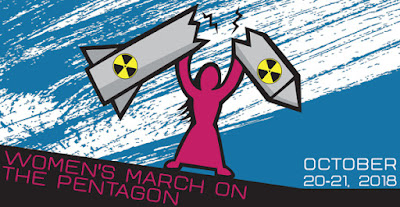 On July 17th, six of us organizers for the Women's March on the Pentagon  descended on America's Mordor to start the process rolling to apply for a permit for our planned march and rally on October 21st.

Our group was comprised of dedicated anti-imperialist activists: myself, Cindy Sheehan; Bonnie Caracciolo from Boston (co-coordinator), Malachy Kilbride our Washington (DC co-ordinator); Paki Weiland who is also in DC and on our Steering Committee; Kevin Zeese from Baltimore who is on the Advisory Committee and also our ad hoc legal advisor; and Margaret Flowers, also from Baltimore and also on the Advisory Committee for Women's March on the Pentagon.

We met at the Pentagon Metro station which is festooned with ads by and for the war machine: slowly, very slowly ascending the escalator from the metro station to the visitor's entrance of America's Mordor if one is aware, one can feel the build up of negative energy that is even more oppressive than the suffocating humidity.

After getting the run around for quite awhile, Malachy finally got someone on the phone and told that person that we would not leave the "reservation" (as it is called) until someone came out and met with us about our October 21st march and protest.

Finally, an officer from the "Special Events Office" came out and we had a relatively civil conversation where he took our info and gave us the down-low on getting a permit.

The date October 21st was open at America's Mordor and we told him that we wanted to use the very same parking lot that the pro-war motorcycle group Rolling Thunder uses every Memorial Day for their grand celebration of carnage. So, if the PTB (powers that be) deny our permit for our right to "peaceably" gather in opposition to same carnage, it will demonstrate and expose the hypocrisy of the war machine.

Personally, I hate the very un-freedom-like concept of applying for permits and I don't agree that we should have to ask permission to exercise our 1st amendment rights to peaceably assemble, but the Pentagon is a HUGE and very unwieldy place, especially after 9/11: Fences and checkpoints abound. We also want to have a stage, sound system, and unless we all want to do our bathroom bit on the lawns, we will need porta-potties.

As a side note,

As I stated above I hate permits--I think the process is inherently un-freedom-like, but, shhhh, don't tell anybody, we are planning on doing some civil resistance there, too.

While we were at the Pentagon on July 17th and after Malachy Kilbride told them we weren't leaving the property until we spoke in person to someone, they sent Officer John Doe out to meet with us. Honestly, I almost cracked another tooth from tightly clenching my jaw because Officer Doe told us, not once, but twice: "That's why I served in the Air Force for 20 years, to give you all the freedom to protest." I am not known for my restraint, but I held my tongue then (we all did), which won't be the case on October 21st. By the by, John Doe you didn't "serve" in the Air Force for 20 years to give me, or anyone else any "freedom."


How does one even say we are "free" here in the US? Free to starve (1 in 5 children everyday); free to die from lack of adequate healthcare; free to go into lifelong debt for the audacity of wanting a university education; free to go into lifelong debt to the banks for having the audacity to want to own your own home; free to work for slave wages while the wealthy get wealthier; free to be poisoned by the food and water supplies; free to die in bullshit wars for the profit of a few---and "free" speech? How is speech free if alternative views are never, ever allowed to be heard? The deep state is able to freely spy on every person in this country and is fully aware of every aspect of our online presence.

You, Officer John Doe, "served" 20 years to enrich the war machine and to pontificate and bloviate about your service to Empire.
I just want him to know that we know, even though we all just stared at him with blank expressions, maybe that's why he felt the need to repeat himself.

The Women's March on the Pentagon has always been serious about confronting the bi-partisan war machine in a very non-partisan way, but it's getting closer to the date of the kickoff march and rally for our anti-imperialist Movement and WE NEED YOUR HELP!

Please consider donating (any amount: tax deductible).
(Our effort is a true grassroots effort. We have no big foundation money pouring in as we oppose both political halves of the War Machine) 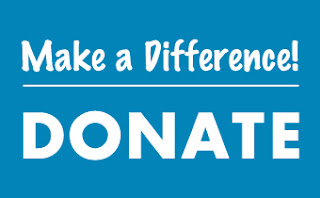 Submitted on behalf of WMOP by
Cindy Sheehan
July 18, 2018